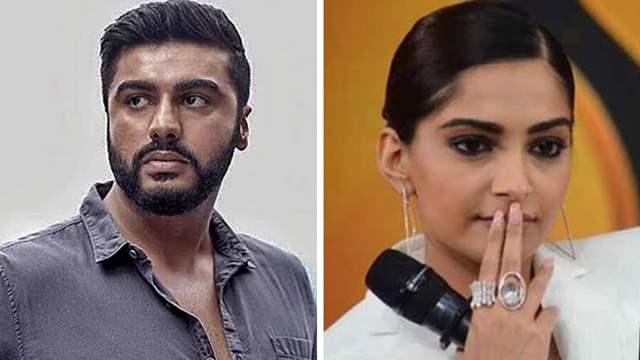 Bollywood actor Arjun Kapoor , who is currently basking in the success of his recently released film Sardar Ka Grandson , has shared an exciting anecdote from his childhood days.

Arjun recalled the time when he got into a fight for his cousin and now actress Sonam Kapoor and was even suspended from school. Arjun is film producer Boney Kapoor’s son while Sonam is the daughter of Boney’s brother, actor Anil Kapoor, which makes the two first cousins.

While speaking to radio host Sidharth Kannan, Arjun shared that Sonam and he went to the same school and how one day, the actor got into a brawl with a senior after he misbehaved with his cousin Sonam. He said:

"Sonam and I were in the same school. I was chubby then. I used to love playing basketball and so did Sonam. One day, it was a typical, cliche scene where seniors came and grabbed the ball from Sonam and announced it was their time to play. Sonam came crying to me. She said, 'He behaved badly with me, this boy.' I asked, 'Who's this boy?' I am not a violent person at all. Neither in my childhood nor now. But I do get angry. I got angry and I went. That boy came and I abused him.”

Further, Arjun shared how he got punched by the senior boy, who was apparently a boxer and went home with a black eye. He was even suspended from school for hurling abuses.

"He took his hand and punched me. I went back home with a black eye. Sonam was saying sorry to me and I remember, he was a part of some national level boxing. He was a boxer. Maine galat ladke se panga le liya tha Sonam ke chakkar mein (I messed with the wrong guy for Sonam). I got the punch and had to go to the doctor. I got suspended because I abused. I was the instigator of the problem.”

The actor adds that after the fight, he told Sonam to take care of herself in school as he had been defamed very badly.

Meanwhile on the work front, Arjun Kapoor will be next seen in Bhoot Police alongside Jacqueline Fernandez, Yami Gautam and Saif Ali Khan. He also has Ek Villain 2 also starring John Abraham, Disha Patani and Tara Sutaria in his pipeline.