Malaika Arora and Arjun Kapoor are appropriately in a holiday spirit. The Ki & Ka actor becomes one year older this weekend, and the couple has flown out of the town to mark the occasion. Arjun and Malaika actually caught people's attention at the airport with their fashionable remarks.

The power couple is currently in the news once more after Arjun uploaded a funny photo of his girlfriend on a flight while they were en route to his birthday celebrations.

Malaika seemed tired and unaware of being photographed in the photo. She was wearing a cozy black and white attire, and her hair was pulled back into a ponytail. According to COVID 19 regulations, Malaika was also spotted using a mask during the flight.

Arjun captioned the image as, “Loving her excitement”. Soon, Malaika re-shared Arjun’s post to her Instagram story and gave him a suitable reply. She wrote, “It’s called a power nap” along with laughing with tears in the eyes emoticons. 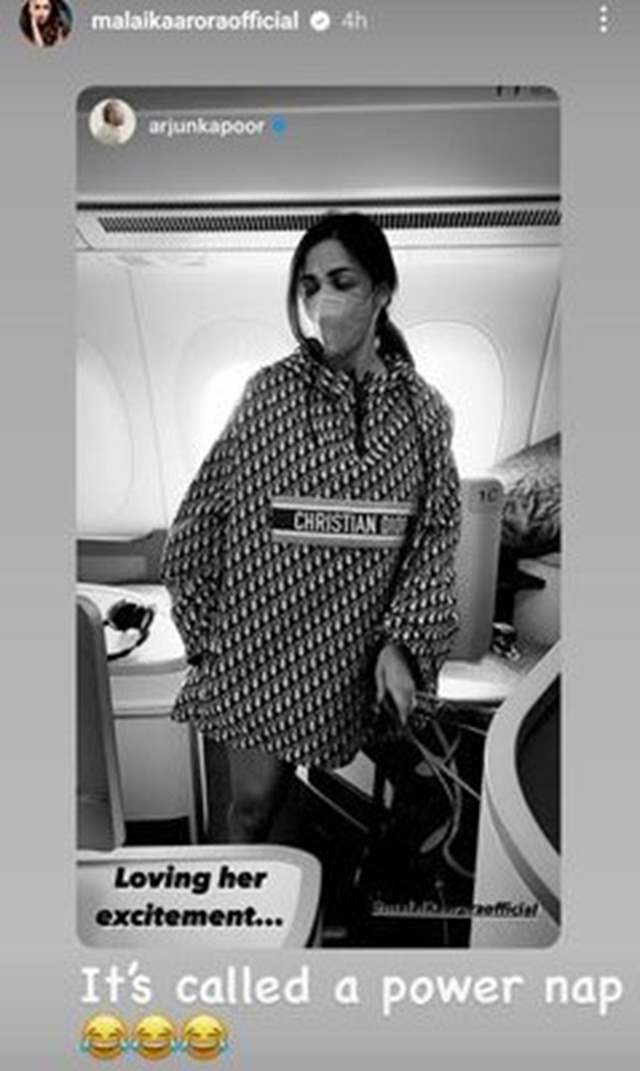 To note, Arjun and Malaika have been dating each other for a long time and are going strong with their relationship. Interestingly, there have been claims that the couple had parted ways. However, Arjun had shunned them and is often seen sharing heartwarming posts with his ladylove.

3 months ago This guy has some serious mommy issues. How can any sane young guy want a wall smashed whorish aunty?

+ 3
3 months ago Don’t c any fun thing in all this.. his none films seems to be working & how he can afford luxurious travels & vacay..