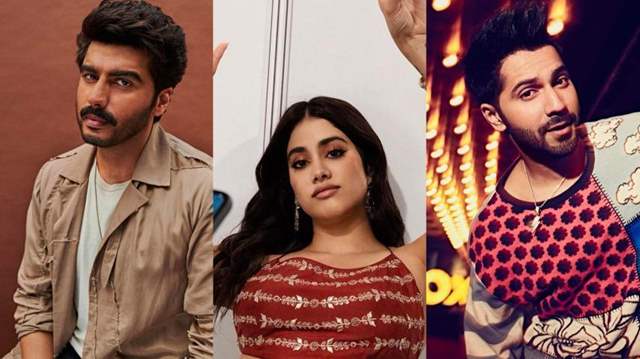 Fans of Bollywood actress Janhvi Kapoor have every reason to be overjoyed today. After all, Gunjan Saxena: The Kargil Girl actor just confirmed her first collaboration with Varun Dhawan for Bawaal. The film, directed by Nitesh Tiwari and produced by Sajid Nadiadwala, will be released on April 7 of next year.

The statement was made on social media this afternoon, and it has surely piqued the interest of the fans. And it isn't them but even the celebrities are excited for Janhvi and Varun's debut film together.

On the other hand, Arjun Kapoor also shared the poster on his Instagram story and wrote,

“Excited to know the dates are all falling in place @janhvikapoor @varundvn”.

Meanwhile, Anshula Kapoor was also looking forward to Bawaal and wrote, “Toooo excited for this!!

On work front Janhvi Kapoor, she will be seen in movies like Goodluck Jerry and Mili with Sunny Kaushal which is said to be a remake of the Malayalam film Helen. She will also work alongside Rajkummar Rao in Mr & Mrs. Mahi. 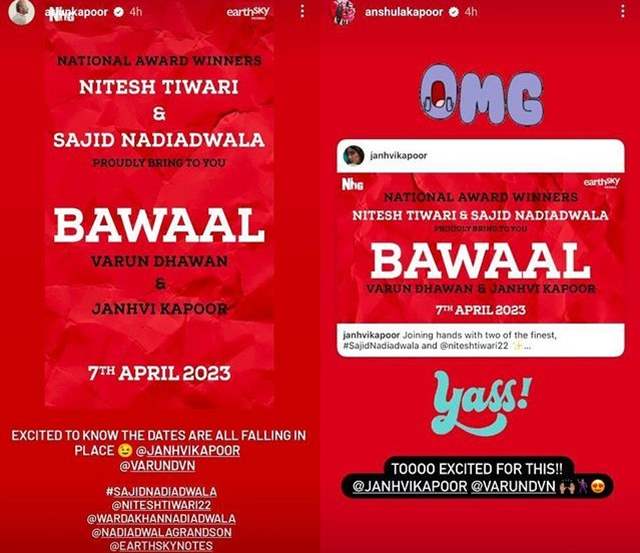 On the other hand, Varun Dhawan will be next seen in Amar Kaushik’s much-awaited horror-comedy Bhediya with Kriti Sanon. To note, Bhediya will mark Varun’s second collaboration with Kriti after their 2015 release film Dilwale. 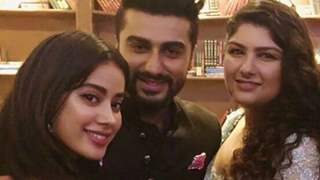