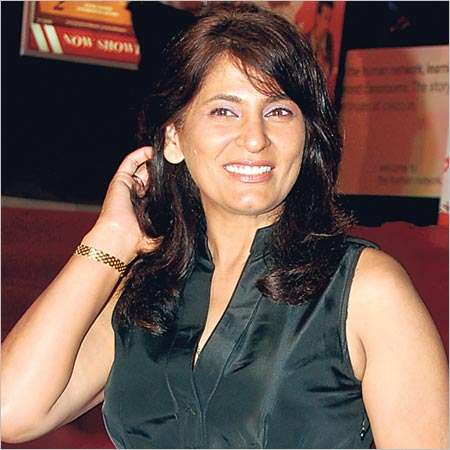 Sony TV's talent based show Entertainment Ke Liye Kuch Bhi Karega which has seen its successful episodes from past few years is all set to welcome the new judge on their show. The show has successfully completed its four seasons with the judges Farah Khan and Anu Malik. Entertainment Ke Liye... is a reality entertainment show which gives a platform to the common people to showcase their talent.

The show has already hit the TV screens and is doing well but henceforth instead of Farah Khan, renowned and versatile actress Archana Puran Singh will be seen on the hot seat and will be judging the show.

We got in touch with Archana to know more about her experience.

The elated actress said, "It was a great experience being a part of such a great show where you get see such talented people. Actually Farah is a friend and as she wanted to take a break to shoot her upcoming film Happy New Year, so I was asked to step in. I have already completed shooting for four episodes as I will be seen for a week. Though I was a judge of a comedy show I didn't miss the comedy quotient as Krushna Abhishek was there to make me laugh, other than that the similarity between both the shows was the platform it has provided for talented people. The only difference is that in the show Entertainment Ke Liye Kuch Bhi Karega you will find common people showcasing their talent and in the show Comedy Circus there will be known people performing on the stage.

She further adds, "Entertainment Ke Liye Kuch Bhi Karega is a great opportunity for the common people and there was an emotional aspect also because many people who belong to a lower class are taking so much efforts to showcase their skills and talent on the platform provided to them. It was really heart touching but people were really talented. And Anu Malik's shayaris were amazing. So altogether I had great fun and I hope that all of you watch this show."