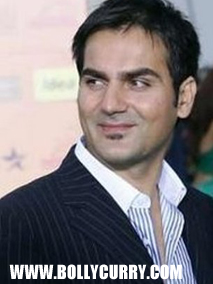 We have seen a lot of actors and producers turning to direction, and now the next to follow this trend is none other than Arbaaz Khan. The actor-turned-producer is all set to take this next step with Dabangg's upcoming sequel. Dabangg, staring Salman Khan and newcomer Sonakshi Sinha, was one of the most successful films in 2010 and was also Arbaaz's first production venture.

Rumors have it that everything is in line for Dabangg 2, with the same cast and a few surprises along the way. Apparently, Arbaaz Khan has already completed some pre-production work and is ready to turn his attention towards direction with shooting commencing on 9th March. Now after hearing such great news, all we can do is wait and watch how this multi-talented actor dons the role of a director.

We hope that taking the risk of being a novice director on one of the most awaited sequels pays off for Mr. Khan! Only time will tell, in the meanwhile, we wish him the best of luck!