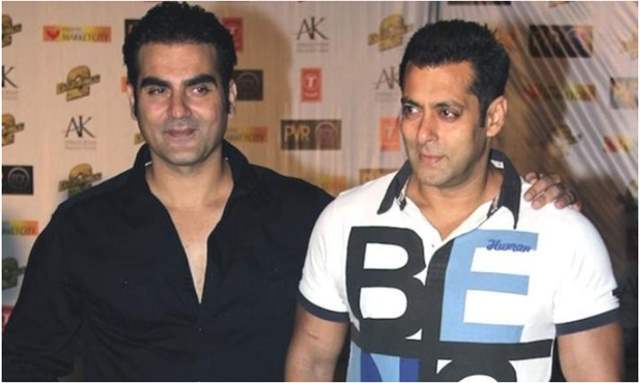 'Robinhood Panday' as we fondly call him, Salman Khan's Dabangg is still one of the most iconic cop movies made. His swagger dance moves, his seeti-maar dialogues and his one of its kind action have made Chulbul, the most loved characters till date.

Seeing Salman donning a police uniform, performing an action like no other, watching him in Dabangg was a sheer treat for his fans. Adding to his charm were Sonakshi Sinha as Rajjo and Arbaaz Khan as Makkhi. As we celebrate a decade of this masterpiece, Arbaaz Khan took to his social media handle to thank the fans for the love that they have showered on the movie. He wrote,

"A decade since DABANGG.

Everything was sheer magic in the movie, be it their hard hitting dialogues like "Thappad se darr nahi lagta sahab; pyar se lagta hai'', or "Hum yahan ke Robinhood hain; Robinhood Pandey" or it's cult songs such as title track '‘Hud Hud Dabangg '', the love track 'Tere Mast Mast Do Nain' or the party number 'Munni Badnaam'. The craze that it created amongst the fans still exists.