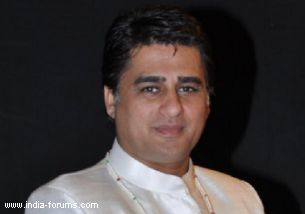 Actor Ayub Khan says he was asked by Aam Aadmi Party (AAP) to contest the Lok Sabha election from northwest Mumbai but had to back out due to other commitments.

"I was approached by AAP but as I do not have time, I refused. However, I have gone and campaigned for Medha Pathkar who is now contesting from there," Ayub told IANS here.

Ayub, who is shooting for a new television serial here, feels that the AAP has stirred a new sense of national consciousness among the people and brought awareness among the youth.

"I do believe that there is a change and now people want to do something for the country without any ulterior motive," he added.

He also said he has campaigned for Anoop Nautiyal, a social worker and AAP candidate from here.

On being questioned about film stars joining politics, he refused to comment but wished all of them "luck".

"Now people want to do something patriotic and are sincerely working for it. Like Archana Puran Singh is coming to campaign for AAP at her own expense," said the actor.

Ishqbaaaz actress Mansi Srivastava reveals she was approached for ...

Priyanka Chopra praises Sonu Sood as UNDP confers him with ...
34 minutes ago