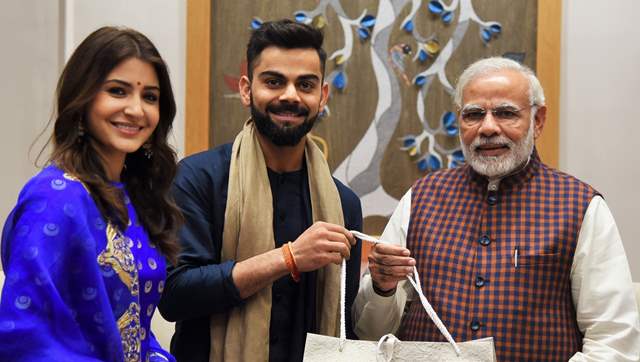 The honourable Prime Minister of India, Narendra Modi, turned a year older on September 17, 2020 and to make his 70th Birthday all the more special, people and his well-wishers from across the world penned down special messages wishing him. Love was pouring in from all sectors and social media was abuzz for more than 24 hours with Modiji trending on the top position.

And among the people who wished him, it was also the Indian cricket team skipper Virat Kohli, who took to his Twitter account and wrote a message wishing the PM. His message read:  “Wishing a very Happy birthday to our honorable Prime Minister Shri Narendra Modi ji. @narendramodi @PMOIndia"

In response to his wishes, PM Modi gave him a beautiful reply congratulating him and his wife, and actress Anushka Sharma on embracing parenthood. He also mentioned that he believes that the two will be amazing parents to their little one.

PM's reply read, “Thank you @imVkohli! I would also like to congratulate @AnushkaSharma and you. I am sure you will be amazing parents!

Check out their Tweets here:

We too agree with the PM, that Virat and Anushka will be amazing parents. The couple breaking the news on the social media platform shared an adorable picture of them where one would see Anushka’s baby bump.