View Profile
Bollywood's girl-next-door, Anushka Sharma, is all geared up for her forthcoming release, Ladies v/s Ricky Bahl, and 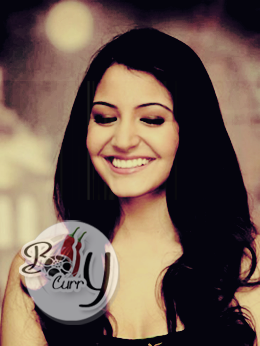 post it, she's all set to essay the role of a 'psycho' in director-composer, Vishal Bharadwaj's, Matru Ki Biwi Ka Mann Dola.
Quite a name, eh?
Nonetheless, once done with the promotions and release of her 4th flick with the Yash Raj camp, Anushka will be moving to Haryana for this one-of-its-kind comedy. During a recently held event, a pretty excited Anushka stated that the film is not just a rustic and age-old rom-com as it is speculated to be, but is rather urban and a riot in itself.
She also declared that after one of her prior ventures namely Band Baaja Baarat, she had made a wishlist of top-ten directors to work with, one of them being Vishal. Though, the actress hadn't expected to get this lucky this soon.
Starring opposite this versatile lady will be Bollywood's 'chocolate sundae', as he's supposedly been titled now, a.k.a Imran Khan. Apparently, Ajay Devgn was tipped to play the role but due to his own home-production, Son of Sardar, he had to opt out and the role landed into Imran's hands!
Will Anushka and Imran sizzle the box office with their scintillating chemistry and amazing acting skills? Only time will tell. Meanwhile, BC wishes luck to this new pair!