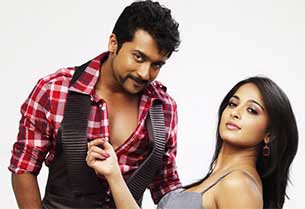 Actress Anushka Shetty and her "Singam" co-star Suriya have collaborated with TeachAIDS campaign, which aims to spread awareness about the disease among children. She says she wishes to follow the cause closely.

"I'm not much into social service and have never been associated with any programme," Anushka told IANS.

"One of the reasons I didn't get associated with any programme (yet is) because I usually don't follow it, but I wish to follow the AIDS awareness initiative religiously," Anushka told IANS.

Actors Shruti Haasan and Siddharth are also a part of the campaign.

Anushka along with other actors have featured in an animated awareness video on AIDS, which was unveiled recently.

"I belong to a very conservative family like majority of others in this country and I know how we react to AIDS and sex education. We even consider talking about it a taboo not just in schools, but even in colleges. I'm sure programmes like these will create more awareness," said Anushka, who initially distanced herself from people afflicted with HIV.

"I was associated with two groups with AIDS many years ago and once when they offered me food, I refused to eat it because I felt uncomfortable and didn't have the awareness that it's safe to dine with them. Today, I don't feel the same because I have the knowledge," she added.

Sanjay Choudhary Attacked By Goons; To File a Police ...
59 minutes ago