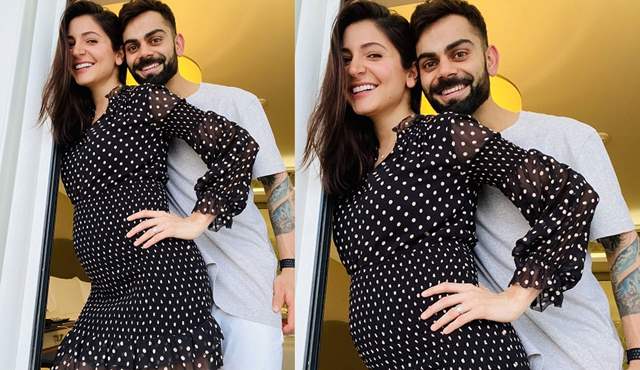 Finally! Here's some good news after a long hiatus of bad events and news crowding the Bollywood and the cricket fraternity.

The power-couple of Cricket and glamour world, Anushka Sharma and Virat Kohli are expecting their first baby together and the couple announced about it in the cutest way possible!

Announcing about an addition in their family, Anushka and Virat both took to their respective social media accounts and posted a photo where Anushka can be seen wearing a pretty black and white polka dots dress while flaunting her baby bump and Virat can be seen all smiles as he rests his head on his lady love.

Along with announcing their pregnancy; they also revealed when their baby will be arriving. It's going to be January 2021 when the Junior Anushka or Junior Virat will be born!

In the caption they wrote: "And then, we were three! Arriving Jan 2021 (Heart Emoji) (Folded Hands Emoji)"