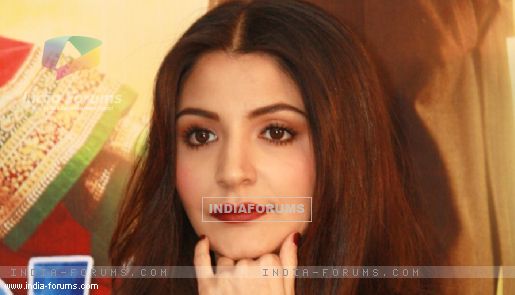 Bollywood actress Anushka Sharma was among the special guests at luxury fashion house Burberry's showcase of the spring-summer 2015 collection at the London Fashion Week.

The actress graced the front row at the show, which took place Monday at BFC Courtyard in London.

The actress's manager tweeted a photograph of Anushka sitting in the audience, and captioned it: "@AnushkaSharma front row at the @Burberry finale in London #LFW (sic)."

For the occasion, Anushka chose a Burberry Prorsum dress, and she looked chic in a navy blue dress with a thigh-high slit on the side. She teamed it up with printed scarf and a slim belt. She also carried an emerald green Burberry tote and flaunted peep-toe booties.

"Anushka Sharma (@AnushkaSharma) stuns in @Burberry Prorsum at London Fashion Week...," the manager tweeted along with another photograph of the "Band Baaja Baaraat" actress.

The actress will be next seen in Aamir Khan starrer "PK" and is also shooting for Zoya Akhtar's "Dil Dhadakne Do".