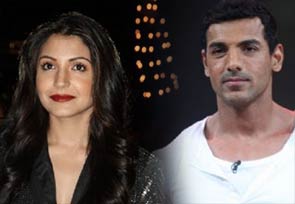 They are both fit and fab. Anushka Sharma and John Abraham have topped the respective female and male lists of a poll for the best bikini bodies.

John received 20 percent votes for having the best beach body, which he proudly flaunted in the 2008 film "Dostana". Hrithik Roshan follows close behind with 17 percent votes. Other names in the list include hunks like Salman Khan, Ranveer Singh, Ranbir Kapoor and Arjun Rampal,

More than 5,000 travellers from across the world participated in the survey, conducted by Hotels.com last month.

Parth Samthaan: Kasautii Zindagii Kay has shaped me as an ...
24 minutes ago