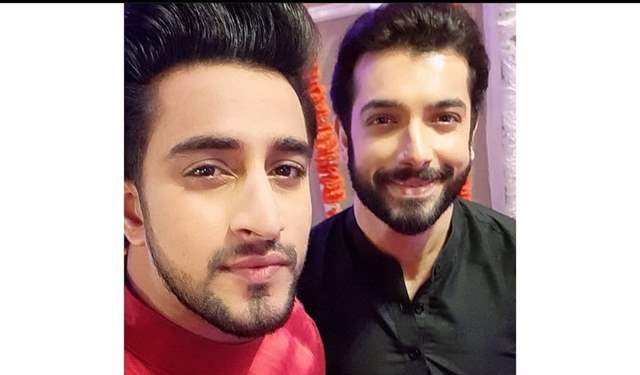 For an actor, few experiences are more fulfilling than sharing the screen space with his/her idol. Anurag Vyas would know. The actor, who began his television career with Aap Ke Aa Jane Se and was later seen in Bhakharwadi and Dil Ye Ziddi Hai, is now seen in the popular show, Naagin 5.

His current outing has given Anurag a chance to work with Sharad Malhotra, whom he has admired for a long time. The actor, who plays Sharad’s younger brother in the show, says, “Around four years ago, I saw his show Kasam Tere Pyaar Ki and back then, I didn’t know that one day, I would be working with him.”

Anurag says that like their reel relationship, in real life too, Sharad treats him like a kid brother. “Sharad bhai is really like an elder brother to me, the way he teaches me the nuances of acting is very inspiring. I get to learn a lot just by observing him during his shots. It’s only been a few days, but we share a strong bonding already,” he shares.

Anurag adds, “Apart from being an extraordinary actor, Sharad bhai is also a wonderful person. I have learned the virtue of simplicity from him. He is also very dedicated to his work and the character he plays. Seeing him, I am also motivated to give my best to everything I do.”

While showbiz is a world of cut-throat competition, Anurag thinks differently. “We should never try to be better than someone else. Instead, we should always be learning from others. The focus should be on improving yourself, not beating others,” he signs off.

Naagin 5 actor Anurag Vyas has a surprise ‘return gift’ for fans on ...