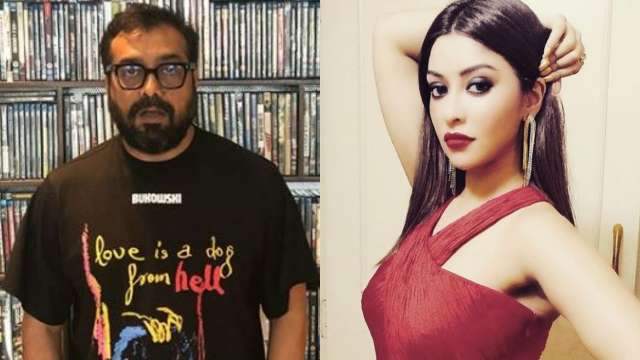 Filmmaker Anurag Kashyap has found himself in legal trouble after actress Payal Ghosh accused him of sexual assualt.

As reported by ANI, Kashyap has been summoned by the Mumbai Police in connection to Ghosh's allegations. The filmmaker has been asked to appear at the Versova police station tomorrow on October 1 at 11 am.

Actress Payal Ghosh had accused Anurag Kashyap of raping her for seven years and stated in a tweet that the filmmaker forced himself on her.

She also took to Twitter to seek help from Prime Minister Narendra Modi and tweeted:

Meanwhile, Anurag has denied all the allegations of sexual assault and his lawyer has issued a statement as well.

Kashyap has received support from his colleagues and female actors who have worked with him in the past. Actors like Taapsee Pannu, Radhika Apte among others took to social media to show their support.

Kalki Koechlin, who was married to Kashyap also came out in support of him. Besides Kalki, Anurag Kashyap's first wife Arti Bajaj too has lent her support amid the MeToo row. She labelled the allegations as the 'cheapest stint' as she wrote a  message for her ex husband.

rashmi_here a month ago WHAT WOULD U TALK ABOUT IF YOU WERE GIVEN A MASK ? IF NO ONE WOULD EVER KNOW IT'S YOU ? WHAT DEEP SECRETS WOULD YOU SHARE ? EXCITED? screams.in PROVIDES YOU THE FREEDOM TO BE YOURSELF, TO EXPRESS YOURSELF EXPLORE UR AS WELL AS OTHERS MYSTERIOUS SIDE ON SCREAMS NOW