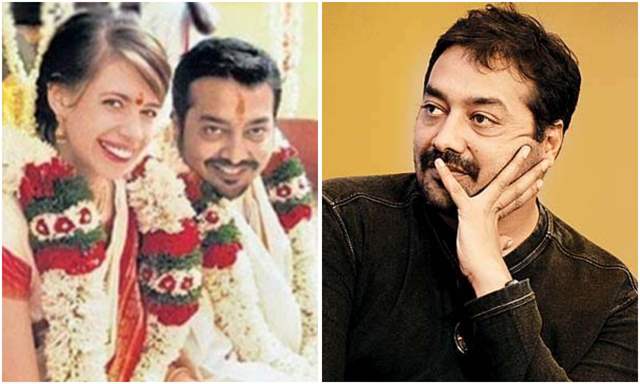 Filmmaker Anurag Kashyap is receiving a lot of flak on social media after he criticized actor Kangana Ranaut's comments from her recent interview. While the trolls are leaving no stone unturned in bashing the director, one such troll crossed the limits and took a mean dig at Kashyap's unsuccessful marriages.

Anurag Kashyap was married to Aarti Bajaj and later to Kalki Koechlin. The marriage did not work but he has a close rapport with Kalki and has a daughter, Aaliya with Aarti.

Taking a dig at his personal life, a Twitter user wrote:

“Ek biwi nahi sambhli, chale hai gyaan baatne (You could not handle one wife, yet you are trying to impart knowledge).”

Anurag hit back at the troll with a befitting reply,

“Auraton ko sambhalna nahi padta, woh khud ko sambhal sakti hai aur tumko aur tumhare khandaan ko bhi. Jab nahi jama, woh chali gayi. Ghulam nahi thi kisi ki, ki main baandh ke rakhta. Baaki aapka mahaul theek hai na (Women do not need to be handled, they can handle themselves as well as you and your entire family. When it did not work out between us, she left. She was not some slave that I would keep her tied up. So, how are things with you)?”

Meanwhile, Anurag Kashyap was also labelled as ‘mini Mahesh Bhatt’ by Kangana Ranaut's team after he said that though she used to be a close friend of his, he does not recognise this new version of her.

“Here is mini Mahesh Bhatt telling Kangana she is all alone and surrounded by fake people who are using her, anti nationals, urban naxals the way they protect terrorists now protecting movie mafia,” Kangana 's team wrote on Twitter.