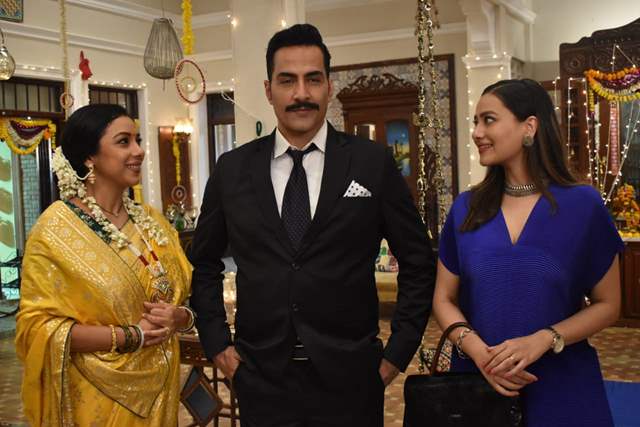 Rajan Shahi's "Anupamaa" has created a lot of buzz since it's a debut. The show also keeps the audience intrigued with the extramarital affair angle of Vanraj and Kavya. The last few episodes have been full of emotional turmoils for the Shahs, and looks like Vanraj won't be getting any peace soon. While his brother-in-law caught him red-handed with Kavya at a restaurant. His daughter questioned him about his relationship with her. She asked if it is ok to bring his friend at home, for any special occasion, or for festivals, when she can't even have a male friend drop her.  Not just him, she even questions Kavya about her relationship with Vanraj.

She tells her that if she can understand that they are just friends, then why can't her father believe her that she can also have male friends. She even says that though Kavya and her father are close friends, Kavya never broke her mother's trust. This makes Kavya realize that Anupamaa has been so good to her all this while, and she is still breaking her marriage. This realization makes Kavya feel guilty, and she decides to part ways with Vanraj.

It will be interesting to see how Vanraj will handle this new drama in his life. Don't forget to watch the upcoming episodes to witness the new drama.  Co-produced by Rajan and his mother Deepa Shahi under their banner Shahi Production Pvt Ltd, "Anupamaa" features Rupali Ganguly, Sudhanshu Pandey, Paras Kalnawat, Aashish Mehrotra, Nidhi Shah, and Madalsa Sharma.