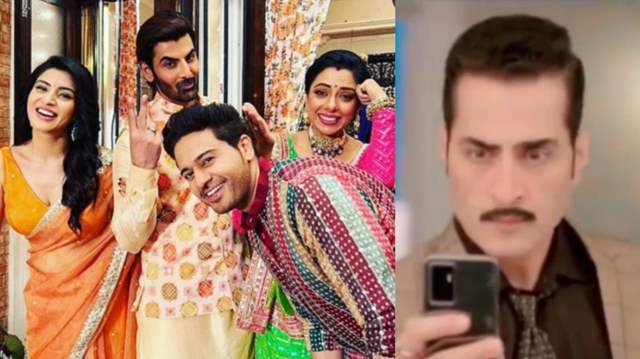 Star Plus show ‘Anupamaa’ is gearing up for an interesting turn. The current track of the show revolves around Anu, Anuj and the entire Shah family all set to celebrate Kinjal’s baby shower. Vanraj and Kavya have gone out of town for work and the auspicious date fell in their absence. Bapuji is keen on doing the ritual on the auspicious date even if it means that Vanraj and Kavya have to skip attending the function. Bapuji has invited Kapadia family despite the major drama.

Rakhi, Leela and Barkha vow to not let any drama affect them on the baby shower and that they would give it back if anything like that happens. Anu fears a major drama in the function. In the upcoming episodes, Pakhi and Adhik share a conversation which leaves Pakhi blushing. Leela asks about whom she’s talking to but Pakhi brushes her off by giving fake excuses.

Guests start arriving for the baby shower. Rakhi arrives. Anupamaa and Leela welcome her with flowers. Anu gets happy seeing Leela’s changed behaviour. Rakhi calls the preparations low standard and states that she would have thrown a bigger and better baby shower. She gets a lot of gifts for Kinjal and the baby. Kapadia’s arrive. Leela welcomes them but taunts them later, Barkha responds politely.

Furthermore, Vanraj sees Anuj being too involved with the baby shower. Rakhi instigates him stating that Anuj took over the responsibilities of a grandfather. Vanraj fumes in rage.

+ 8
4 months ago at what point if DKP gonna start scaling back some of these characters/storylines ?

5 months ago Even if someone doesn't want any drama in the Shah family, but since Rakhi is present, she will make sure drama will happen.