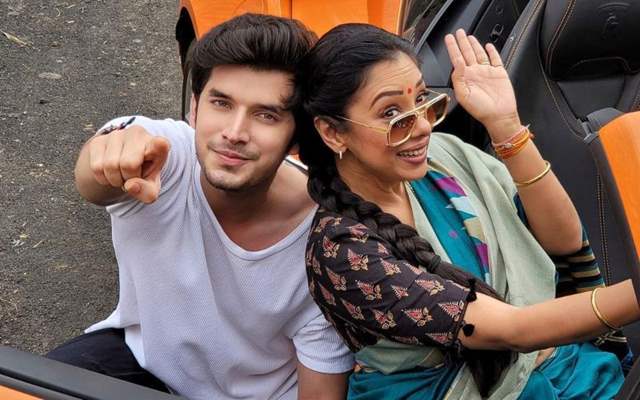 Rajan Shahi's Anupamaa has been doing extremely well with the fans. However, the show seems to have gotten in trouble as multiple actors, along with producer Shahi, tested positive for COVID-19.

Currently, actors Rupali Ganguly, Sudhanshu Pandey, and Ashish Mehrotra are in quarantine after they tested positive for the virus. The makers, however, have tried to incorporate multiple tracks so as to ensure that the show goes on without too much trouble as the leads are missing from the show. Earlier, Paras Kalnawat too, tested positive for the virus and had taken a break from the show.

As he resumed the shooting just yesterday, the actor got talking about how it is like to shoot and the atmosphere on sets. He told Tellychakkar how precautions are being taken and everyone is being extremely careful so as to ensure that no one else gets infected. As for how has it been shooting, the actor mentioned that it feels like he is not on the sets of Anupamaa anymore with so many people missing. He mentioned further how Rupali used to be very happy upon seeing him and always used to greet him when they met.

Further, he said how it was her birthday yesterday and they couldn't meet to wish her. He revealed how she got emotional during the video call with him and he too felt a little teary-eyed. He concluded by saying that he misses her.