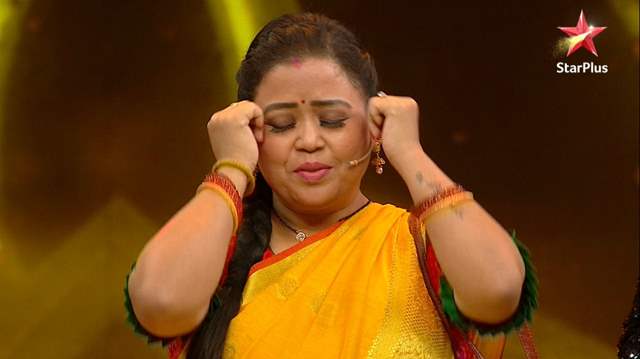 Bharti Singh has never shied away from gigantic tasks when it comes to comedy and portraying spoofs of various characters, some created by herself. In the Grand finale of 'Ravivaar with Star Parivaar', we see a complete transformation of Bharti Singh into Indian television's favorite 'Maa', Anupama.

Yes, you heard it right! Rupali Ganguly has been portraying the role of Anupama for a long time now and the show is as loved as she is. So, it is fair to say that spoofing this iconic role will require another legendary actress, Bharti Singh. Their bond is perfectly seen in the Grand finale episode of 'Ravivaar with Star Parivaar', as Bharti Singh turns into Anupama on the stage with Harsh Limbachiyaa as 'Vanraj'. Let's hear it from Bharti Singh about how she feels embodying Anupama for the first time ever.

Bharti Singh gets candid about her performance as Anupama on Ravivaar with Star Parivaar, "This was a complete shock for me too. To actually perform as Anupama, I had to match Rupali Ganguly and her spirit while portraying the character. I didn't think that I would be able to match her at all, because she's such a good artist, such an excellent actress. I took it as a funny gag, and I enjoyed it a lot. Harsh became 'Vanraj' and that was hilarious too. When Rupali Ganguly stood up and came to me, she hugged me and told me it was a big deal that I, Bharti, am performing the spoof of Anupama. This made me realize how much she respects me and it was absolutely amazing to hear her say it. Anupama has been on top as always, and I wish it remains at the top for a long long time. And lots of love to Rupali Ganguly Ji, as she's a really good artist."

The respect and adoration that these amazing ladies have for each other will be pouring out on the stage of 'Ravivaar with Star Parivaar', and we are here for it. With other great performances lined up, the Grand finale will showcase the entire journey of the show so far, entertaining viewers along with it. 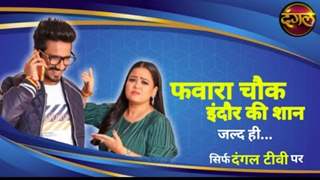 + 7
2 months ago I like Bharti she always rocks it.