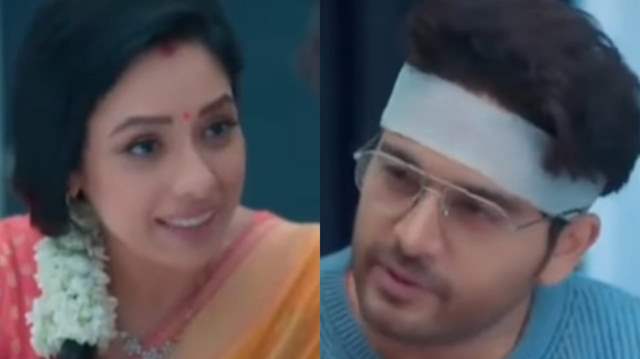 Star Plus show ‘Anupamaa’ is getting quite interesting with each passing episode. The current track of the show revolves around Kinjal delivering a baby girl. Rakhi has learned about Paritosh’s affair and she is quite disturbed with the same. Anuj has started to get affected with Vanraj and Anupamaa’s closeness.

In the upcoming episodes, the family carry on with other rituals on the birth of the baby. Leela announces that the naming ceremony of the baby will be held the next day. Rakhi gets emotional and asks Anupamaa if she will take a stand for Kinjal, Anu says she will always be by Kinjal’s side. Leela shouts at Choti Anu as she tries to touch the new born baby. Choti Anu cries as she wishes to touch the baby.

Furthermore, Anuj sees the office files and wonder how Anu manages everything. He calls Ankush and Barkha and tells them to give the official files to him as he want to monitor about the business in his absence. Kinjal and Paritosh spend quality time together. Toshu gets irked when Kinjal pulls his leg. Kinjal shows her complete trust on Paritosh which makes him feel guilty. Leela pressurizes Anu to reach the next day on time.

At Kapadiya mansion, Anu tells Anuj that Vanraj called him and his entire family at Shah house for the naming ceremony. Next day, Anuj lashes out at Anu for being extremely caring. Anu regrets the same as she indirectly made Anuj aware of his misery.