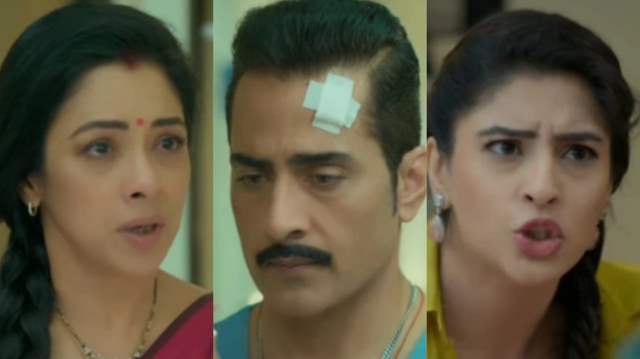 Star Plus show ‘Anupamaa’ is getting quite interesting with each passing episode. The current track of the show revolves around Anuj and Vanraj being hospitalized post the deadly accident. Vanraj’s health has been improving while there’s no clarity over Anuj’s health.

In the upcoming episodes, Anuj gains consciousness and talks to Anupamaa. Anu gives him strength. Anupamaa rejoices and gets happy but after sometime, Anuj’s health deteriorates. Doctors check him and inform Anu that there’s a possibility of Anuj slipping into coma. Anu gets shocked. Barkha is happy as her motives of taking over Kapadiya empire can come true if Anuj is unwell as Anu will also be engrossed in prioritizing Anuj’s health and that can give them the chance to take over the business and property.

After seven days, Anuj’s health does not improve while Anupamaa tries hard to get Anuj back. GK also tries to talk to Anuj but in vain. Vanraj gets stable. Kavya asks Vanraj about the incident that happened on the day of accident but Vanraj fails to remember anything. After thirteen days, Anu starts getting business calls and she tries to handle the same while Vanraj ends up near Anuj’s room. Anu lashes out at Vanraj and tells him that he is responsible for Anuj’s health. In a fit of rage, Anupamaa tells Vanraj that she feels like hitting him. She asks him about what happened on that day. Vanraj tells her that he doesn’t remember if Anuj slipped from the cliff or he pushed him. Barkha overhears and gets happy.

Furthermore, Vanraj will get discharged from the hospital. He is scared about Anuj revealing to everybody if he had pushed him.