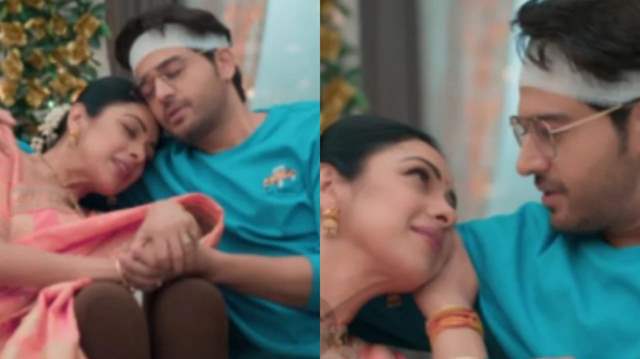 Star Plus show ‘Anupamaa’ is getting quite interesting with each passing episode. The current track of the show revolves around Kinjal delivering a baby girl while Toshu is away. Anuj is insecure about Vanraj and Anu’s closeness. Rakhi confronted Toshu and he agreed on having a fling with someone as Kinjal was pregnant and he had his necessities. Rakhi is furious on him.

In the upcoming episode, Toshu requests Rakhi to not tell anyone about his fling. A furious Rakhi states that if it was only for Kinjal, she would’ve have put Toshu behind the bars but now that her grand daughter has arrived, she doesn’t want her to live without the shadow of a father and that’s the only reason why she is letting him go. Anu arrives there and senses something stressful between Toshu and Rakhi Dave. Anu asks Rakhi about the same and she replies stating that she can be Toshu’s mother but doesn’t know him entirely. This bothers Anu and she confront Toshu but he doesn’t budge.

Vanraj and Kavya spend happy moments as Vanraj expresses his desires of spending time with his grand daughter. He wants to make-up for the time that he was away from his kids as he wanted to provide them a better lifestyle. Anu returns home and spends romantic moments with Anuj. Anuj asks about Kinjal daughter and later asks about Rakhi and Toshu’s reaction on baby’s arrival. Anu gets tensed thinking about them.

Furthermore, in the next episode, Anuj will be seen falling from the bed. When he wakes up, he forgets about the incident and asks Anu about injury mark on his hand. He also enquires if Kinjal’s delivery is done or not. This leaves Anu shocked.

+ 2
2 months ago Awesome!! Why cant anu have a peaceful life?