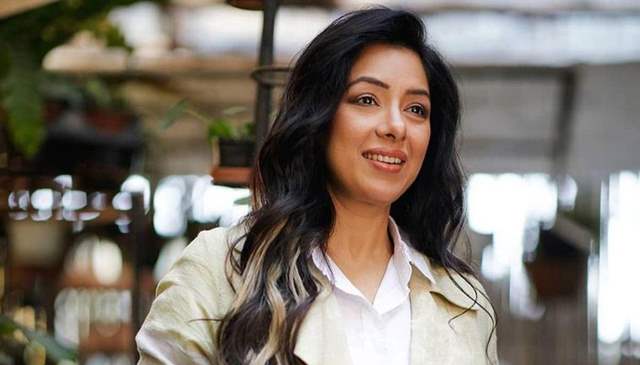 Anupamaa actress Rupali Ganguly tested positive for Coronavirus last week and while she is at home in quarantine, the actress had plans for her birthday today, April 5th. While talking to Bombay Times, Rupali revealed that she had taken a leave in advance as she wanted to spend some quality time with her family, especially her son. She mentioned how God must be laughing at her when she made plans, given what was in store for her.

Rupali revealed how she does have her househelp with her, who had tested positive some time back and she is in a PPE kit throughout the day. The actress says she has a lot of books to read and also has her five babies (dogs) to spend time with. However, she was hoping to see her son on her birthday and would want to see him cut her cake from a distance. She mentioned how she misses him the most, however, she is glad she is in a different apartment in that way, she is not restricted to just one room, also since it would have been difficult for her family members as well.

As to what has she been doing to pass her time, she mentioned that she does not watch any show despite the suggestions from so many people. She revealed how she has not switched on the TV, not to watch Anupamaa as well, since she does not feel like it. As for her health, she mentioned how she is also losing her sense of smell and taste while having trouble breathing. She said that this is all weird and she is trying to get used to it.

As for testing positive, she revealed how she feels guilty about it and while she knows others have tested positive too, she knows it will be difficult to manage things now, however, she did say that she knows their scriptwriters are amazing. She revealed how an alternate track was being worked upon when she went to test herself. While she added how she feels she must have been careless and hence the results, she also said that she feels 'show ko kisi ki nazar lag gayi hai'. Nonetheless, she said how this is probably god's way of telling everyone that they are mere puppets and despite the fact that so much has happened on the show, it has still been doing well because of the writers.

Rupali is thankful that everyone at home has got negative reports for COVID-19 and mentioned that once she tests negative, she wishes to go and hug and kiss her son.

We wish Rupali a speedy recovery.

Lockdown scare: JD Majethia gives an update after his meeting with CM ...

+ 6
5 days ago There is nothing to be guilty in this. Its not in our hands. I hope the TRP greedy Channel, PH and Producer dont go for arm twisting. Get well soon