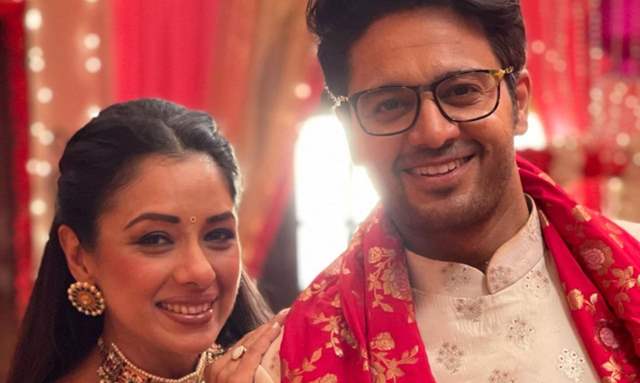 Anupamaa on Star Plus has been keeping the audiences engaged for the longest time now and fans have been rooting for Anuj and Anupama, popularly known as MaAn. The entry of Gaurav Khanna as Anuj sure shook things up on the screen and the story as well. India Forums reached out to Gaurav where we asked him how does he see the character of Anuj Kapadia shape up ahead, and he has quite a lot to say.

He tells us, ''With all the love Anuj is getting from everywhere around me, people recongise me as Anuj everywhere I go and I feel very surprised when people ask is this your first show, and I am very very happy to know this. I make it a point that whenever I come in character, I change myself physically so when I changed myself physically for Anuj, I gained weight, I have started acting in a mature way, I do have that boyish charm going, but I want the Anuj Kapadia, business tycoon look for the character and I feel happy that the efforts which I have done for this character, people are so invested that they have forgotten that I have done 16-18 shows in the past.''

He added, ''When I speak to them, they realise that oh, you are the same guy in this show, oh you look very different in all your shows and I feel happy inside because that is the idea. No character should be overpowered by the actor playing that character and I believe that the character is the most important and biggest thing. Personally, I try to do little changes in all the characters I play on-screen, loose weight, gain weight, get a physique, not gain physique.''

He concludes, ''Over the years, if you see pictures kept aside of all characters, though I am the same guy, you will see the characters coming from each. Similarly, I am happy that my efforts and personal homework in creating Anuj has worked and people are liking it. I see people wearing spectacles (laughs), even on my sets, it is very humbling actually, and then I look at them and say it is the Anuj effect, so I am happy that the character is very raw in one and a half months, I can't complain.''

Currently, a lot of drama is going on in Anupamaa, however, Baa will try to mend her ways and right the wrongs by inviting Anuj to the 50th anniversary celebrations, leaving everyone in some shock.

DEVI TOMAR 1 months ago Justifying casanova behavior , sick🤮🤮.Brainwashing girls to make them see this asshole as some kind of devout lover