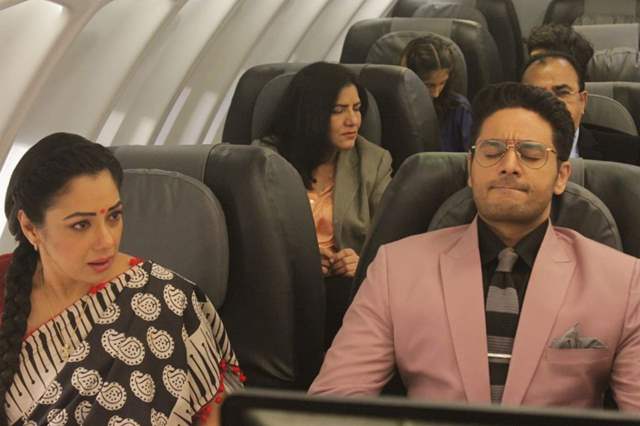 Anupamaa has been constantly bringing about major twists and turns. After we recently saw business tycoon and Anupama's college mate Anuj Kapadia offer a partnership to her, we also saw how Baa, Kavya, and Vanraj were not in favour of the decision. Howger, it was Babuji, Samar and Kinjal, who extended their support to Anupama and even she stood for herself.

Vanraj couldn't accept that the woman, whom he had always dominated, is moving ahead in life and is achieving success wherever she goes. He always felt that she was just a housewife, and never believed in her or her dreams, but with Anuj's entry, Anupamaa is finally able to make those dreams come true and help other women who want to become much more than housewives.

However, given that even Baa is not in favour of her, it will be rather difficult for Anupama to make progress in what is doing. While it will be interesting to see what follows ahead, in the upcoming episode, we will see Anupamaa going on a business trip with Anuj. It will be her first flight ever, and also her first trip to Mumbai ever.

Following that, there will be another debate in the house since she will be travelling for the first time and she will have to convince them as well. In fact, it will so happen that Vanraj and Kavya will also land in Mumbai around the same time. Why did they make this trip? Keep reading this space for further updates.

ALSO READ: Aashish Mehrotra on prep that continues, dealing with the pressure of a show like Anupamaa and more

24 days ago My absolutely favourite show. 🖤🌷