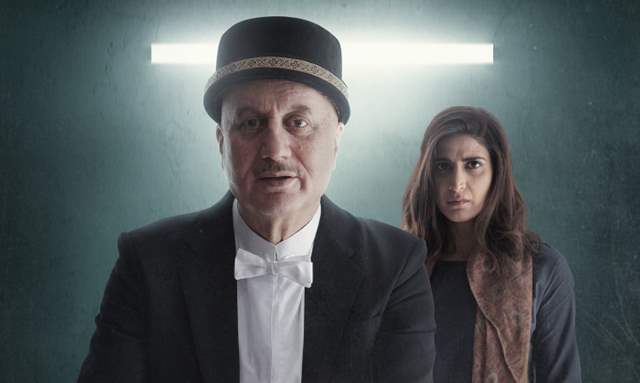 The recent news comes after the Saaransh actor shared the first look of his short film in April. He had also informed of the short film was already selected at “It has already been selected at some prestigious international film festivals”

Happy Birthday is known to be one of the much-anticipated short films of the year, starring actor Anupam and Aahana Kumra was directed by Prasad Kadam and produced by FNP Media.

Reflecting upon his big win on Thursday, Anupam told ANI, "Thank you New York City International Film Festival (NYCIFF) for this great honour. It's humbling to be declared the Best Actor in this prestigious film festival. The credit goes to the whole young team of 'Happy Birthday' and my co-actor Aahana Kumra, thanks to the director Prasad Kadam, and rest team."

On the other hand, Girish Johar, Co-Producer of the film said, "Its really overwhelming to receive these two awards at an International Film Festival!!  Anupam Sir, is a global icon, the more we say, it always falls short. He is pure GENIUS. Ahaana, a nominee for best actress did exceptionally well. Also Prasad is an extremely talented Director and was also nominated for best director! He knows his craft fully & has a great future. He has done wonders & will go places. So excited for receiving this honour with the well knitted Happy Birthday team."

"This has been overwhelming news for all of us at FNP Media. Winning 2 awards at a prestigious film festival is a milestone. This is due to the collective efforts of whole team behind this film and indeed this film deserved the award. I am glad to be part of this and we hope to come up with more such films and better films soon. Congratulations to everyone involved," said Ahmad Faraz - Content Head - FNP Media

The short film deals with the concepts of life and death and was shot over a start-to-finish schedule in Mumbai.

Meanwhile, on the work front, Anupam Kher has several projects in the pipeline including 'The Last Show', 'Mungilal Rocks', and 'The Kashmir Files'.

2 months ago Good actor but awful human being