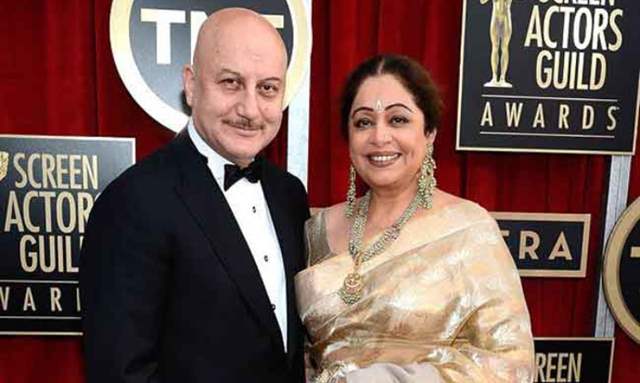 Actor and Bharatiya Janata Party (BJP) member Kirron Kher’s cancer diagnosis comes as a shocker to the entire nation. While the fans are praying for her well-being, her dear husband and actor Anupam Kher recently shared a health update about his wife who is undergoing treatment.

Speaking of wife Kirron’s health he said, "Kirron is improving. She is better but the medicines of multiple myeloma have many side effects. She is good spirits and hopefully she will come out of it. If your prayers are with her, everything will be fine."

The recent development comes after Kher’s interaction with his fans as he conducted an Instagram live session. Apart from speaking of his wife’s health, he also informed that he took the first jab of the COVID-19 vaccine.

Kirron Kher, is reportedly suffering from multiple myeloma, a type of blood cancer, and is undergoing treatment in Mumbai’s Kokilaben Hospital.

While fans have been concerned about the well being of their favourite actress, several extended their blessings and wishes as she battles blood cancer.