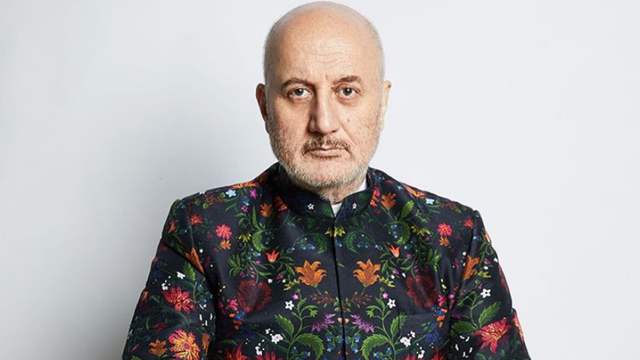 Veteran Bollywood actor Anupam Kher recalled the experience of his worst date when the food was dumped on him. As he narrates the incident, he says that he was so shook that he wanted to become a monk afterwards.

In an episode of his podcast, Anupam Cares, actor Anupam Kher said, “The whole time we had been there, I hadn’t wanted to make a scene. And now, here I was, sweet corn chicken soup in my lap, gravy dribbling down my shirt, hakka noodles dangling from my head.”

“I looked like a traditional Indian bridegroom wearing a sehra, the wedding headdress. But unlike the sehra, which adds a royal splendour to the groom’s overall looks, my dinner was on my head, which felt a little less dignified. I got up quietly and left the restaurant. In my shocked state, I forgot to pay the bill,” he added.

After such a crazy experience, Kher decided to become a monk. “As I walked home, I thought to myself, as I shook the soup out of my ears, ‘Is this what love is supposed to feel like?’ So, I did what any confused boy would do, I set off to become a monk,” he said.

Sharing a clip from his podcast, he wrote alongside his post: “Trailer of my #Podcast! This is the story of my worst date…I had to go to an ashram to recover. I’ll also introduce you to a famous parachutist who decided to create some magic in the center of the world.”

Meanwhile, Anupam Kher is shooting for Vivek Agnihotri’s The Kashmir Files, which will tell the story of the exodus of Kashmiri Pandits from their homeland in 1989 and 1990.  The film was scheduled to release in theatres on Independence Day this year, but it was delayed due to the Covid-19 pandemic.