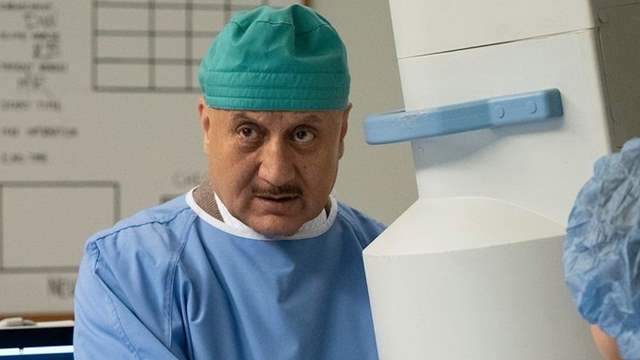 Veteran Bollywood actor, Anupam Kher played a regular on the hit NBC medical drama New Amsterdam. Reports have it that the actor has made an exit from the series and won’t be returning as Dr Vijay Kapoor.

Kher has been a part of the show since it first aired in 2018. Set around Bellevue Hospital and its medical staffers, the plot moves forward and the third season begins with staffers battling the Covid 19 crisis. Several members of Bellevue Hospital contract the virus including Kher’s Dr. Kapoor character. He also later underwent open-heart surgery in the show.

According to Deadline, Anupam Kher has resigned from the show and will not be a part of season 3. Created by David Schulner, the hit series starred an ensemble cast of Ryan Eggold, Freema Agyeman, Janet Montgomery, Jocko Sims, and Tyler Labine.

This news comes in the wake of his wife Kirron Kher’s cancer diagnosis. A few days ago, Anupam took to social media to announce that his wife was undergoing treatment for cancer. “Kirron has been diagnosed with multiple myeloma, a type of blood cancer. She is currently undergoing treatment and we are sure she will come out of this stronger than before. We are very blessed that she is being looked after by a phenomenal set of doctors."

Meanwhile, there has not been an official word from Anupam Kher regarding his exit from the show.