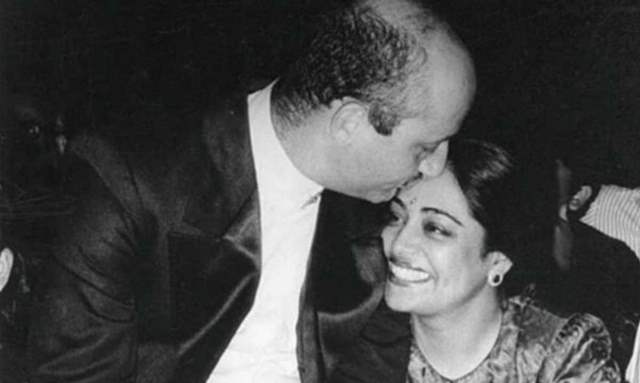 Anupam Kher’s social media post on Thursday raised concerns amongst his fans as the actor confirmed the news of wife and actor-politician Kirron Kher’s blood cancer diagnosis. Kher issued the statement after reports of Kirron’s diagnosis surfaced the Internet.

While fans have been concerned about the well being of their favourite actress, several extended their blessings and wishes as she battles blood cancer. Now, Kher in his latest social media post conveyed a message from Kirron and expressed her gratitude for all the love and support from her fans.

Anupam in his latest social media post shared a video of him on Friday evening as he wrote: “Thank you everybody for your love, concern, best wishes and blessings for @KirronKherBJP. She conveys her gratitude to all of you. You all have been wonderful in these tough times. We feel humbled!! Love and prayers for all of you!!”

On Thursday, Anupam Kher shared an emotional statement confirming that his wife Kirron has been diagnosed with multiple myeloma, a type of blood cancer.

Kher is reportedly suffering from multiple myeloma, a type of blood cancer, and is undergoing treatment in Mumbai’s Kokilaben Hospital. Her colleague and Chandigarh BJP president Arun Sood revealed the same in a specially-convened press conference on Wednesday and mentioned the latest test reports reveal that cancer has "receded from her arm and shoulder," reported Hindustan Times.