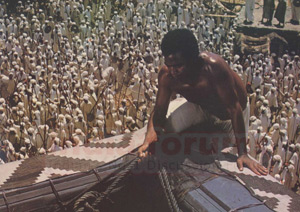 Director Moustapha Akkad's Hollywood classic Al-Risalah presents Islam in its true spirit. This blockbuster which received rave review both in Arab world and the largely Islam phobic West (it opened in 3000 theatres across the USA) has now reached India. Dubbed in Urdu with music and a song by A. R. Rahman, the film will soon hit theatre across the country on 28 December 2007.
It is Quite surprising that in the past 100 years there has been only one film on the time and teaching of the prophet of Islam where as many films have been made on Christianity, Hinduism and Buddhism such as Ten Commandments, The Bible, Mahabharata, Ramayan and many more.
The dubbed Hindi version has been produced by Oasis Enterprises owned by Partners Yamshi Ahmed and Saad Ahmed and they have acquired the rights for the film. Al-Risalah is being disturbed by Anuj Saxena's Maverick Productions who distributed Om Shanti Om in Rajasthan and Cash in Mysore previously.
Anuj Saxena CEO Maverick Production says , "It is an interesting different film with a unique subject so when the offer of distribution came we found it to be a good praposition. The song sung by A. R. Rehman is also outstanding. Maverick is considering a couple of more mainstream films for distribution in 2008."
"We always wanted to bring this film to Indian audiences because perhaps no other film present a more balanced, more nuanced image of Islam," said Yamshi Ahmed, co-producer of Al-Risalah (dubbed version).
"No doubt, watching this Oscar nominated film will surely be a unique and enriching experience for the audience for a better understanding of Islam and the times of Prophet Mohammad" says Mr Saad Ahmed, co-producer (Dubbed Version) of the film.
Al-Risalah is the story of Islam from its birth, evolution and to its triumph with the best Hollywood production values full of grandeur and emotion. The film has been approved by Al Azhar University, Egypt, the Ulemas of the Sub Continent and Mufakkir -e -Islam, Maulana Dr Syed Kalbe Sadiq Sahab Qibla who is the Vice President All India Muslim Personal Law Board.
The producers held a private screening at an Andheri theatre recently where many eminent Muslims including some Ulema, watched it. "We deliberately invited Ulema because it deals with a sensitive issue," informed poet Urdu columnist Hasan Kamal who dubbed the movie in Urdu.The film releases first in Mumbai on 28th December. 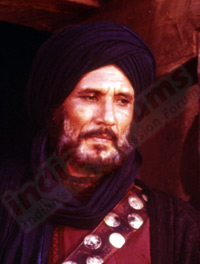 Anuj Saxena launched this Production House in March 2005, this baby had to be a reflection of his persona and 'Maverick' aptly suited the magic in his eye. Under the hood, Maverick is presenting Vaswani's film Dulha Mil Gaya, starring Shahrukh Khan, Sushmita Sen and Fardeen Khan; slated for release in '08. Maverick had co-produced the fi rst International Gold Awards, which was held in Mauritius in September 2007 and was a huge success. Maverick has produced more than 20 advertising films, the prominent ones being Tiger Balm white, Blistix Lip care balm, A.M. Mouth Wash and Fair One fairness cream, TV soap Kulvaddhu for Sony which was most talked about for its production values, game show KHILADI NO. 1 on Zee Smile and various documentaries; the most acclaimed one was on child birth. Maverick has forayed into Regional channels, the most popular program being Sa Re Ga Ma Pa on Zee Kananada. Maverick has recently made a foray into film distribution, opening with Cash in Mysore, and Om Shanti Om in Rajashthan and has also entered into mobile/digital content industry with the music album "Deepawali Aayi Re". Maverick's first weekly comedy show "Gupshup Coffee Shop" on Sab TV starring Sudhir Pandey, Navniit Nisshan and Eva Grover is on air every Thursday.

Beginning with Allah's first revelation to prophet Mohammed at Cave Hira where the angel Gabriel announces that Allah has chosen Mohammed as his messenger, the epic covers all the major stages in the prophet's life, including his migration to Medina to Mecca. It culminates in the prophet's triumphal return to Mecca and the last sermon, followed by his death in Medina. Understandably, the prophet never appears (when the characters mouth his words, they address the camera). The film's importance lies not just in its magnificent cinematography. The story shows in detail the treaty of Hudaybiyah and the concept of Jihad. Signed between the Prophet and the Qureish, one of the tribes in Mecca, the treaty of Hudaybiyah, proposed a ceasefire for 10 years. The Prophet accepted it even when the Qureish refused to acknowledge him as Allah's messenger.
"The message of this treaty is that there is flexibility in Islam and you have to make compromises if that sounds pragmatic," said Kamal who re-read his Islam before he set out to bud this classic.
Al-Risalah is also a powerful introduction to the Islamic faith and the channel of communication between Allah and its mankind. Allah has sent his guidance for mankind through Prophet Mohammad who was the messenger for the whole of mankind. The message of Prophet Mohammad was not meant for any particular people, place or period; it was raised for the whole of mankind.
Al-Risalah was made with a huge budget which was financed by the Libyan President Moummar Gaddafi.
'Al-Risalah's Urdu adaptation has been done by eminent lyricist and writer Janab Hasan Kamaal. According to him the most important thing about this movie is that although it shows the life and teachings of Prophet Mohammed, the film never shows the Prophet or his Sahabas even symbolically nor are there any dialogues by them.