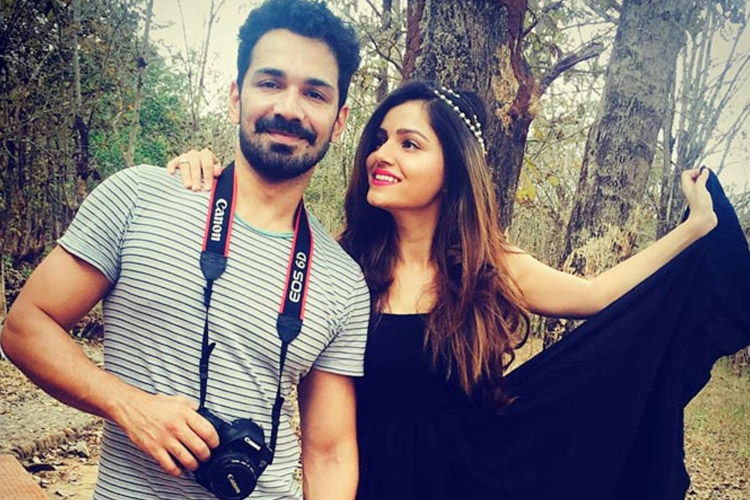 The trend of television actors venturing into Bollywood keeps getting trendier with every passing day. In search for better pursuits and bigger prospects, several TV actors have made their Bollywood debuts. While some have clicked, some have failed miserably.
And following this trend is actor, Abhinav Shukla. The actor is best known for his roles in 'Jersey No.10' and most recently in 'Diya Aur Baati Hum'. Apart from that, Abhinav is in a steady relationship with actress, Rubina Dilaik aka Saumya from 'Shakti... Astitva Ke Ehsaas Kii'.
Abhinav is all set to enter into the big league of Bollywood with the upcoming film, 'Aksar 2,' where he co-stars actress Zarine Khan and another TV actor, Gautam Rode.
Aksar 2 is a sequel to 'Aksar', which starred Emraan Hashmi, Dino Morea and Udita Goswami in lead roles.
Not many would remember, but this is not Abhinav's debut in Bollywood, for he debuted with the film, 'Roar'. The film, though received positive reviews, did not work well at the box office.
Putting that aside, Abhinav is now all set to play the parallel lead in 'Askar 2', where he would be portraying a rich Parsi man. The actor, apparently has begun to shoot.
We tried contacting Abhinav, however, he remained unavailable.
We wish Abhinav all the best for this NEW venture.
5 Likes

Rubina & Abhinav Open Up On Respecting Each Other's Differences & ...

chotibahoo 3 years ago I just watched YouTube. You are kissing Zareen Khan? Is Rubina not special to you?

Srigayathri 3 years ago Rubina Dilaik.. hope and wish ... one day. you too debut in a meaningful film with good script .. But.. you are doing fabulous job in Shakti.. Keep shining.. Good luck Abhinav!

Srigayathri 3 years ago all the best Abhinav. Stay happy and successful ...
Love you Rubina Dilaik.. You are amazing as Soumya.. keep shining.. Stay blessed

‘Sushant Could Not Sleep for 4 Nights Waiting For Sanjana to ...
27 minutes ago