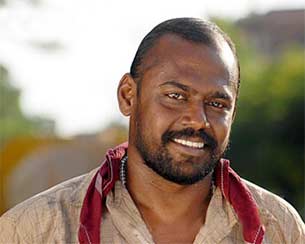 After actors such as Pasupathy, Vimal, Vijay Sethupathi and Vidharth from renowned Tamil drama troupe Koothu-P-Pattarai joined Tamil cinema, the next entrant to the industry from the group is Sri Balaji.

"We were on the lookout for a newcomer and that's when someone had told me about the theatre group. I happen to meet Sri there and was really impressed with his passion for cinema. I didn't do any screen test for him as I strongly believed that his theatre experience was enough," film's director Thamarai Kannan.

Kannan has a lot of respect for the theatre group.

"The fact that so many wonderful actors have come from this group explains its importance. It makes us understand that this place produces some of the finest artists and working with them will be every director's delight. I have immense respect for the group," he said.

A rural tale, "Soorayaadal" has been shot in a remote location called Aattupaarai.

"It's a small village off Kambam town. It's a remote place and this is the first time a film has been shot there. While the conditions were challenging, we were lucky to get the complete support of the village folks," he added.

The film also features Gayatri and Leema in important roles. It is gearing up for release soon.

Giorgia Andriani reveals the film that developed her taste in Cinema ...