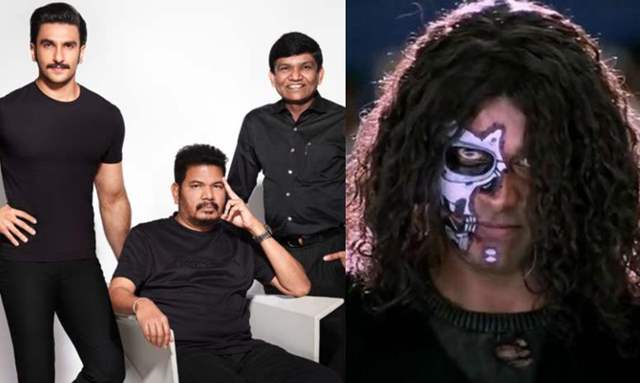 Anniyan is touted to be one of the biggest director-actor collaborations in recent times. Iconic director Shankar, known for his path-breaking, larger-than-life vision, and Bollywood superstar Ranveer Singh, who has given India some of the most unforgettable and lovable characters on-screen, are coming together in an unprecedented creative coup.

However, no sooner than the film was announced, it landed in trouble after the producer of the Tamil film V Ravichandran reportedly sent out an open letter stating that he is the ‘whole and sole owner of the rights of the storyline’, and that Shankar should immediately stop proceeding.

According to a recent Pinkvilla report, Ravichandran has acknowledged his further course of action and mentioned that he will take the legal route.

The Anniyan producer explained how he is the rightful owner of the film and also asserted that he has records to his claims which Shankar doesn’t have. He said, “I am the father and mother of the movie, and everyone in the industry knows that. As a producer, the movie is censored in the name of Oscar Films Pvt Ltd (his production house). I am the rightful holder, I spent on everything and have the records, which Shankar doesn’t.”

The producer further added, “As per my agreement with him, he rendered his services only as a director just for the Tamil film, and I am the actual owner of Anniyan. Finally Anniyan is my baby. I had paid Sujatha for dialogue writing and story discussion. Even if you speak to any producer in Bollywood, they would vouch for me.”

In a career span of over three decades, V Ravichandran has produced several films and pointed out that he has never fought with anyone. However, the announcement of this Hindi remake shocked him.

I have been in the business for more than three decades now, but not once I have fought with anyone. But when I saw this Hindi remake announcement I was really shocked. Anniyan is my baby, and I am taking the legal route.

Ravichandran further added, “The South Indian Film Chamber also called asking for the letter which I have sent it to them. I have reached out to the Producers Council too. After directing Boys, Shankar was sitting at home for two years. But I went to him, and then he came to my office and we discussed Anniyan. I spent the most on that film, including on the dubbing, satellite and the copyright, and he is simply saying that it's his story. I don’t know what to say.”

Starring Ranveer Singh in the lead role, the adaptation of  cult blockbuster Anniyan will be helmed by iconic director Shankar. The film is touted to be one of the biggest pan-Indian cinematic events of contemporary times and will be produced by veteran film producer Dr. Jayantilal Gada under his banner Pen Studios.