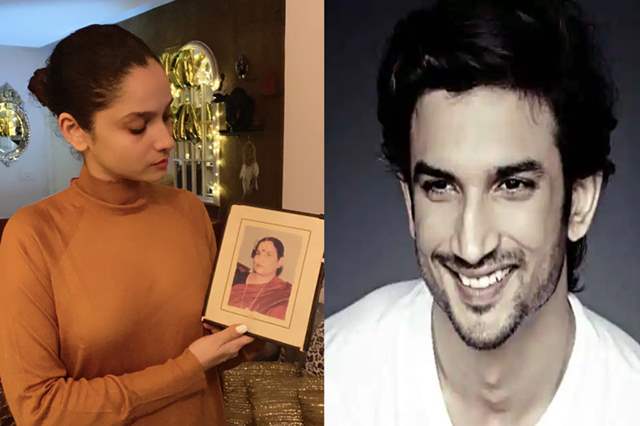 One cannot deny that it has indeed been a rather topsy-turvy ride ever since actor Sushant Singh Rajput passed away almost two months ago. From allegations to conspiracy theories and several other things, the saga continues and only intensifies.

However, amidst all the madness that is going on the same right now, the sheer sadness and missing Rajput immensely cannot be ruled out.

And while there are millions who are doing it, there is one other who has also been constant with it and that is, Ankita Lokhande. Rajput and Lokhande were together for six years and even though they broke up four years ago, she has indeed been one of the most affected people by Rajput's sudden death.

Nevertheless, time is passing by and a recent post by Lokhande is another one that reminds you not just of Rajput but his late mother. Lokhande posted an image of Rajput's mother who passed away several years ago and captioned the image, "Believe you are together!"

We all indeed miss Rajput and hope he is resting in peace.

My emotional memory helps me shape my character in Anupamaa: ...
53 minutes ago

Barun Sobti says his transformation for Halahal was 'a bit ...
55 minutes ago