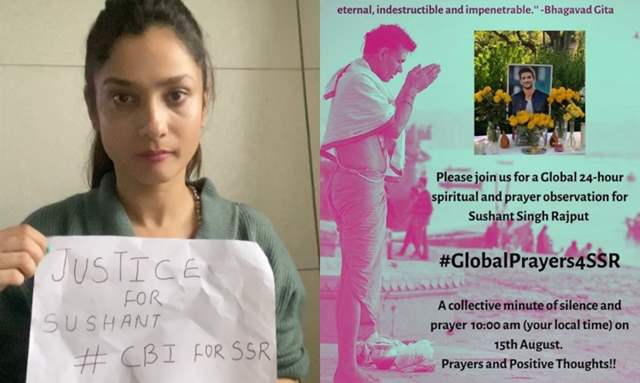 Sushant Singh Rajput has been gone for over 2 months now. The actor died by suicide on Jun 14, 2020, at his apartment in Mumbai. While an investigation is underway and a CBI probe has been given a nod to, the late actor's friends and family have been constantly making efforts to voice their opinions while also standing by him and remembering him for the amazing person he was.

And today, joining Sushant's sister, there is Ankita Lokhande, who shared a post on social media urging everyone to observe a minute of silence at 10:00 am on August 15, 2020, and pray for him with positive thoughts. This is being called #GlobalPrayers4SSR and it sure is gaining momentum as fans join in. Ankita also had a few kind words to say, hoping and praying that he is doing good wherever he is right now.

She went on to caption the post as, 't’s already 2months Sushant and I know u are happy wherever you are.. Everyone pls join tomorrow (15th aug) at 10am and pray for our beloved Sushant.'

6 Iconic Dialogues Every True Mirzapur Fan would Use in Real ...
23 minutes ago

Yami Gautam and Vikrant Massey collaborate for Mohsin ...
59 minutes ago