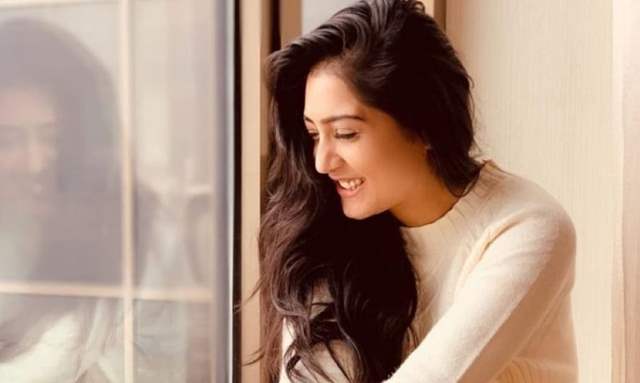 Sony Entertainment Television is all set to roll out its new light-hearted sitcom, Sargam Ki Sadhe Satii which is going to be nothing less than a daily dose of laughter for the viewers. After climbing the ladder of success Anjali Tatrari who was last seen in Mere Dad Ki Dulhan will now be seen essaying the role of Sargam. She has a special connection with the number sadhe sat and her life always revolves around this number, so much so that she falls in love with Aparshakti and gets married in a crazy house where she is the only woman among ‘Sadhe Sat’ men. The shenanigans of this Awasthi family will throw viewers into giggle fits and warm their hearts!

Talking about the actor and director from Bollywood, she wants to share the screen with, she said, "From the time I have thought of becoming an actor I had this will-o'-the-wisp of working once in my life with Ranbir Kapoor and Imtiaz sir. I truly relish them and their art of work; I feel there is so much to learn from them. I am such a huge fan of their work in Rockstar and Tamasha.

She further added, "I feel Imtiaz sir carries that style of presenting any love story in a manner that's completely different from ordinary Bollywood. His creative ecstasy of romance becomes a multi-layered, and majestic experience that has more to do with serenading your soulmate rather than a stereotypical marriage partner. And I think Ranbir has always gone and did things differently where stars usually don’t go — like Barfi! He carries that style of transforming himself into the character he essays. So, Imtiaz sir and Ranbir will always be my first choice to work with in Bollywood.”

Sargam Ki Sadhesatii will air from Monday to Friday at 8:30 pm on Sony Entertainment Television.