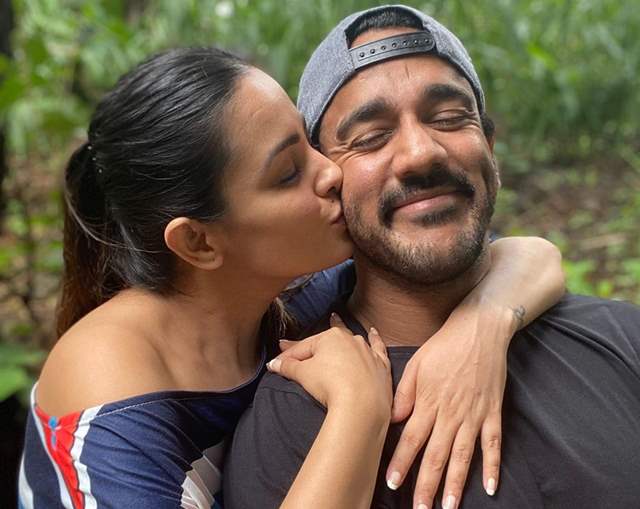 The rumor started floating when husband shared photos and videos from the Ganesh Chaturthi celebrations in which Anita was seen wearing a pink salwar suit and somewhat hiding her 'belly.' This caught everyone's attention and soon, their posts were flooded with congratulatory comments from fans. Even though the duo had not officially announced or accepted the same but another picture by the actress added fuel to the fire.

The couple was last seen in Nach Baliye and apart from Naagin, Anita has worked in popular shows like Kkavyanjali, Kyunki Saas Bhi Kabhi Bahu Thi, Kasamh Se among others.