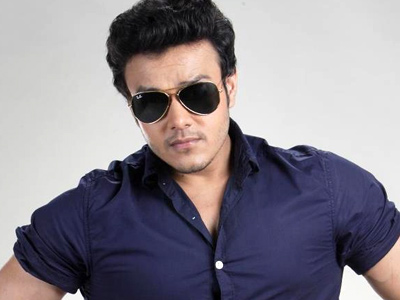 Popular Television actor Aniruddh Dave has done shows like Bandhan, Ruk Jaana Nahin and was last seen on Yam Hain Hum. Anirudh is soon going to enter Sony TV's Suryaputra Karn.
Aniruddh will be playing the character of Shishupal, cousin of Krishna, is a prominent character in Mahabharat. Shishupal's entry will mark a new story in the show. Shishupal is foe of Krishna as he ran away with Rukmini, Shishupal's intended wife. Shishupal is an out and out negative character.
Cherry on the cake for the actor is that his better half, Shubhi Ahuja is also a part of the show. Because of their busy schedules the newly wed couple was not able to spend time together, well now they will get ample time for each other.
We tried contacting Aniruddh Dave but he remained unavailable for comment.
Ranjini Nair