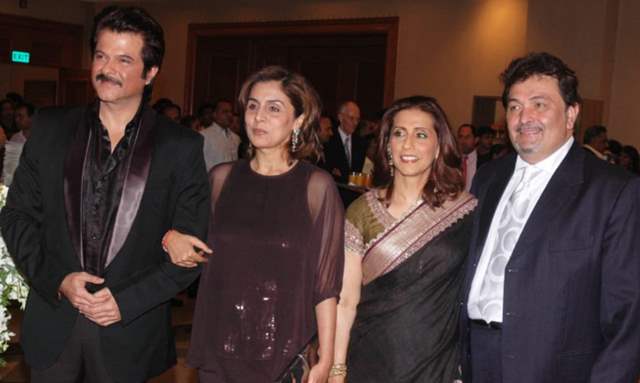 It seems Anil Kapoor has been missing his dear friend and late co-star, Rishi Kapoor. His untimely death shocked the entire nation as he has finally started on his journey to heavenly adobe. Loved ones, friends, family, and fans are already mourning the death of the beloved artist/Chintuji.

The 'Malang' star shared a few happy clicks from the launch event featuring wife Sunita, Rishi, Neetu, and the two lead actors of the film Sonam and Ranbir. Anil wrote, "Remembering James.... Sharing the launch of Sonam and Ranbir’s careers with Neetu and Rishi is one of the happiest memories of my life...".

For the uninitiated, the film was directed by Sanjay Leela Bhansali which was released in the year 2007. The film also featured Salman Khan and Rani Mukerji in quintessential roles.

Earlier, Anil Kapoor took to his Instagram handle and shared a wrote a few lines for his beloved and dear Rishi Kapoor.

Nakuul Mehta and his powerful narration: Times when he hit ...
22 minutes ago