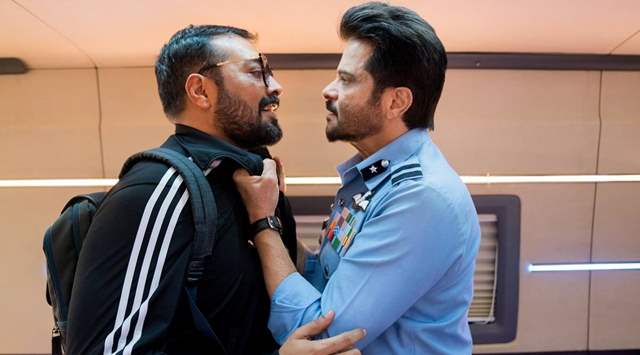 There has been a lot of intrigue and excitement right since the makers announced AK vs AK. Needless to say, when the trailer of the Netflix Original film dropped yesterday, it went on to capture the attention of the audience and the film fraternity alike. Being hailed for being an experimental piece of work, the film stars Anil Kapoor and Anurag Kashyap who play versions of themselves in it.

The trailer sees the duo taking jibes at each and traces the journey full of hurdles that Kapoor takes on to save his daughter, played by Sonam K Ahuja, who has been kidnapped. AK vs AK, shot in real time, has left the industry impressed by Kapoor’s class act and his edgy dynamic with Kashyap.

Kapoor has always been a trendsetter in terms of his film choices and that has kept him relevant across all generations. And he stays true to his moniker with this latest project. His performance has been receiving a lot of love and appreciation from his peers and friends in the film industry.

Seems like AK vs AK is going to be another feather added to Kapoor’s hat!