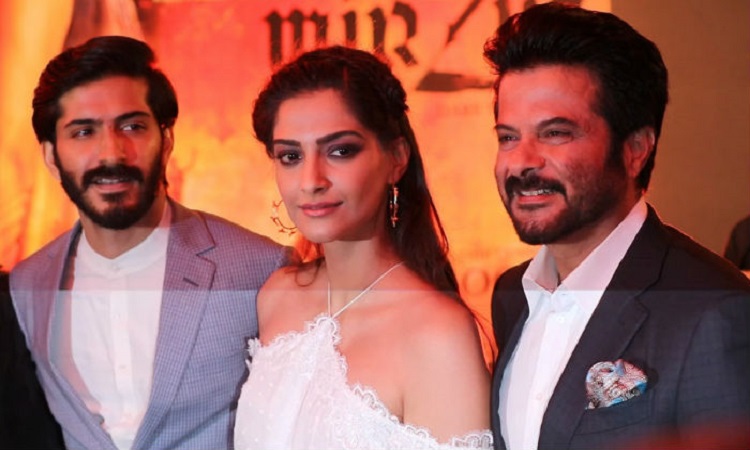 Anil Kapoor is currently busy with the promotions of Race 3 along with the entire star cast but, the never ageing actor will also be seen with his daughter Sonam Kapoor in Ek Ladki Ko Dekha Toh Aisa Laga.

On working with his daughter, Anil told Mumbai Mirror, "We've almost finished shooting for Ek Ladki... with only the climax pending. I am proud of the fantastic actress Sonam has become. She has found her own way with Sanjay Leela Bhansali (Saawariya), Rakeysh Omprakash Mehra (Delhi 6), Ram Madhvani (Neerja). Working with her is like working with any other actress she's professional and makes my job easy."

The film also stars Juhi Chawla and Rajkumar Rao in the lead role. It's a Shelly Chopra Dhar's film being produced by Vidhu Vinod Chopra that is set for October 12, 2018's release.

Along with Sonam, Anil will also be working with his son Harshvardhan Kapoor in Kannan Iyer's Abhinav Bindra biopic. On the same, Anil said, "My son, too, has found his way with Mirzya and Bhavesh Joshi. If I was producing or acting in their debut films, I wouldn't have been so proud of them, I'd have felt guilty of trying to promote them too hard. But I'm fortunate because they've made it on their own. They've always found directors who want to work with them. They may be Anil Kapoor's children, but there are so many others from well-known families in the industry, but how many of them are raising the bar?"

The film is currently set for 2019 to release.