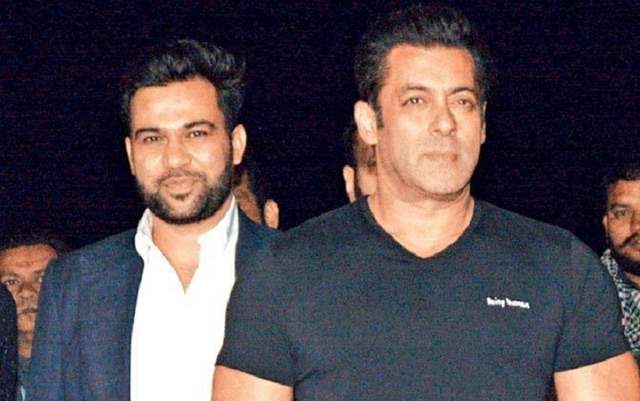 The most awaited film of Salman Khan, Bharat boomed up at the box office on the very first day as it collected 42.30 crores breaking all the records of the box office. However, Salman Khan and director Ali Abbas Zafar are not fully convinced with how the movie has shaped up. And a recent report in Mid-Day states that the actor-director duo got into a heated argument.

According to a report in Mid-Day, "Ali had trimmed 12 minutes but Salman felt another 15 minutes were dispensable." The two had a massive showdown over the issue and Salman reportedly asked Ali to leave his home.

Also, Ali was missing out from the special screening of Bharat which was held by Salman Khan for all the B-town celebs.

However, the director in an interview with Pinkvilla has refuted the rumours and cleared the air about the fallout. He said "These are completely false and baseless rumours. Salman Bhai is like an elder brother to me and everyone knows we consider each other family. And everyone who's spreading such reports, I just have one thing to tell. Salman and I have ready discussed a couple of things and he will soon be spending a lot of time again with me on a project"

Ali Abbas Zafar and Salman Khan have previously worked together in Sultan and Tiger Zinda Hai. While Sultan made Rs 300.45 crore, Tiger Zinda Hai made Rs 339.16 crore. According to early estimate, Bharat has made Rs 72 crore plus in two days of its release.

Sushant was in Extreme Pain after Break Up his Mukku? His ...
17 minutes ago

Director Mayank Sharma reveals what went behind the making ...
2 hours ago

Pages from Sushant's Personal Diary Leaked: Here's What the ...
2 hours ago