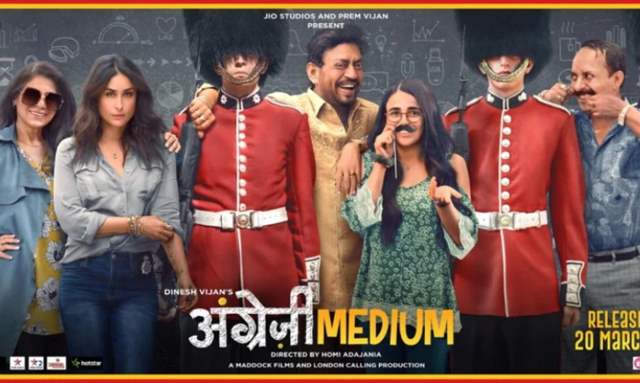 Angrezi Medium narrates the story of a hardworking single parent Champak and his ambitious daughter who fancies studying at an esteemed university in London. However, their quest for good education leads the family towards unknown territories of the world, which turns out to be a memorable adventure.

For starters, Angrezi Medium is not a sequel to Hindi Medium. In fact, both films hold plots that are completely divergent to each other.

Set in the backdrop of Udaipur, the film opens with a wide view across the city that features houses dappled with a tinge of white shade. Director Homi Adajania redirects his vision from the film to showcase the beauty of India that some foreigners have been longing to set their eyes upon.

The director has carefully vetted his central characters that will ultimately open the pandora’s box of conflicting ideas and love for the nation. Like every other film, Homi has once again left his mark in the long list of Bollywood films that call attention to his directing style and the prominence of making an emotional and personal connection with the audience to that of a character. 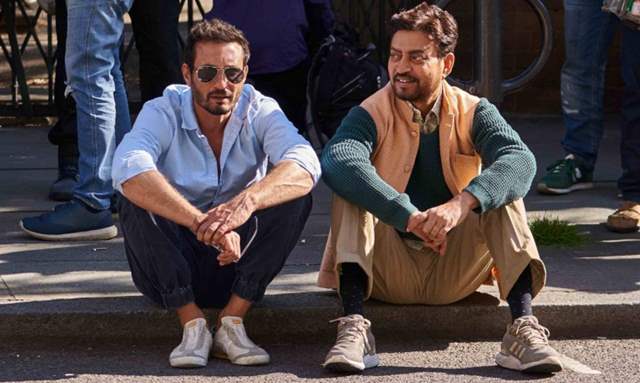 Homi planned a quintessential aspect to make a personal connection that thoroughly summarizes a father-daughter relationship. It might be a generalized statement - but every father is slightly over-protective of his daughter and similarly, Angrezi Medium rightfully sketches the lively hardworking father who could even grab the stars for his daughter’s happiness. 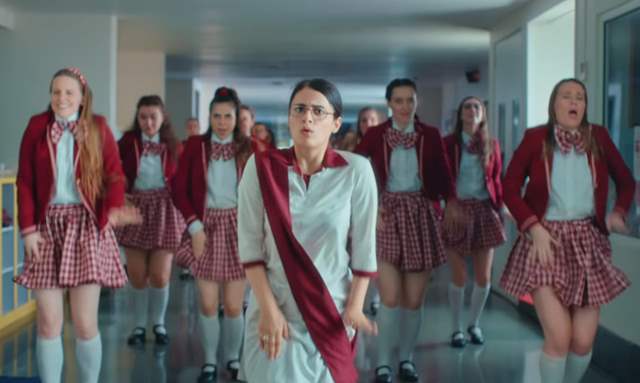 Angrezi Medium stretches over 2 hours and 41 minutes, and a topic that basically summarizes a father-daughter relationship, fancying over foreign education and a quest for adventure, that definitely way too much what one could ask for. This roller coaster offers a few ambivalent drops of emotions without skipping a beat, however, the makers should definitely reconsider, filtering a few sequences. In the history of Hindi films, Bollywood has repeatedly ridiculed court sessions, hence the abundance of over-dramatized courtroom sequences. Similarly, Homi Adajania’s idea of courtroom session is discussing ‘Daru’ (liquor) and ‘Chakna’ (Snacks). It’s absurd how the director plans on making a personal connection with the audience while he also incorporates such sequences. Without a doubt, it is funny but every action has consequences and hence no one takes the courtroom sequences seriously!

Frankly, the film is purely average and one time watch. It is also to be noted that no comparison should be made with the previous film. The director has utilized each and every character to their maximum potential which has inevitably forced the actors to offer their best and make the most of this thundering opportunity. Let us agree to disagree, Irrfan Khan and Radhika Madan were fabulous through the entire film, and they definitely did their part right performing as Father-Daughter. 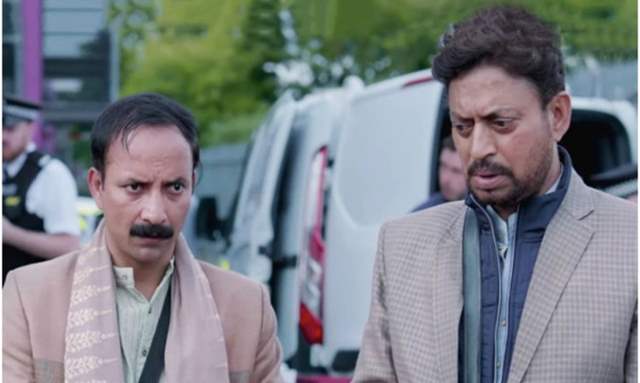 But, Ghasiteram Bansal a.k.a Deepak Dobriyal deserves a warm round of applause as has handled each and every part where the Irrfan and Radhika fell short as lead characters. Apart from that, despite making an extended cameo appearance, Pankaj Tripathi has earned himself one of the most memorable characters under his filmography as he can be seen making one of the most stupendous appearances of all time.

In conclusion, the film is worth your weekend and if you are looking out for a light-hearted family drama that will warm the cockles of your heart! Director Homi Adajania’s vision of contrasting characters has brought the film very well however, it tends to knock you off the track due to some unnecessary drama.