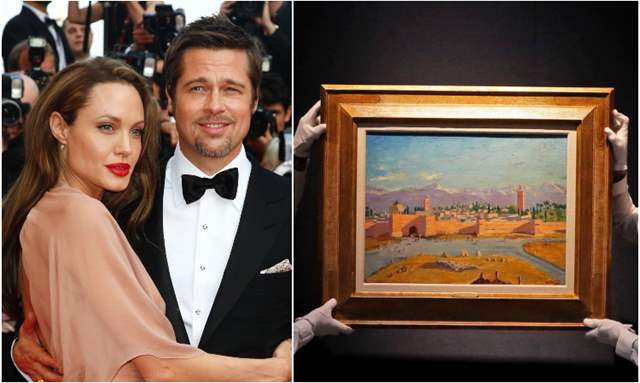 Angelina Jolie and ex-husband Brad Pitt’s separation came as a shock to their fans and it seems the Maleficent actress does not plan on clinging to the memories from her past marriage. Now, the grapevines are abuzz that Jolie has sold a rare painting that was gifted to her by ex-husband Brad Pitt.

A latest Page Six report suggests that the rare painting was done by Winston Churchill and was brought as a gift by Brad for Angelina back in 2011. Back in the day, the painting cost the actor $2.95 million, however, the actress sold the painting for a whopping $11.5 million on Monday.

If we are to go by the reports, the painting is a 1943 painting of the ‘Tower of the Koutoubia Mosque' and was auctioned to a mystery bidder from Belgian at Christie’ Modern British Art Evening Sale' auction in London.

For the unversed, Sir Winston Leonard Spencer Churchill was a British politician, statesman, army officer, and writer. He was also a Prime Minister of the United Kingdom from 1940 to 1945, during the Second World War, and again from 1951 to 1955. Churchill is known for shaping the Allied strategy in the war, and in the war's later stages he alerted the West to the expansionist threat of the Soviet Union.