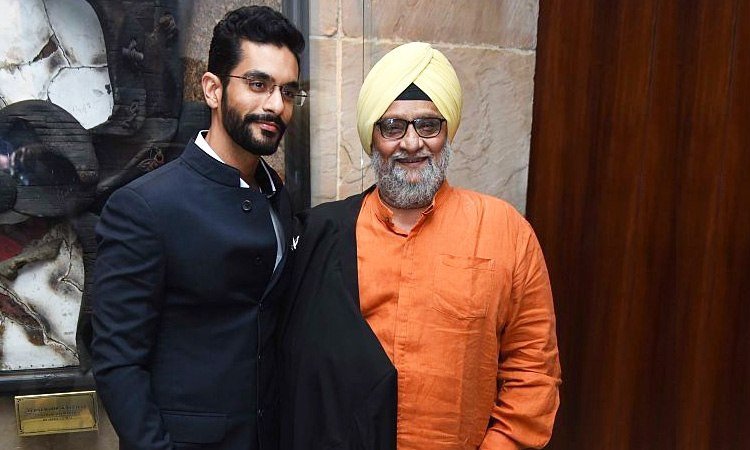 Actor Angad Bedi, who is a part of hockey player Sandeep Singh's biopic, says his father and former Indian cricketer Bishen Singh Bedi is proud as he is playing characters which are close to reality.

Angad will play Bikram Singh, Sandeep's brother, in the film being directed by Shaad Ali. Sandeep is an ex-captain of the Indian hockey team.

"My father is definitely proud of the fact that I am playing characters very close to reality. I am playing Sandeep Singh's brother Bikram Singh, he was the best track flicker in the country himself," Angad said in a statement.

"My father has been following my progress, and he asks me everyday, 'Practice kaise jaa rahi hai hockey ki (How's the practice for hockey going)?', he is very happy with the fact that Sandeep and Bikram (trainer) both are training me," he added.

Talking about the physical training he had to go though, Angad said: "My father said as long as you are doing repetitions in whichever shot you are trying to learn, at least 100 times or 200 times will make the difference in your shot.

"So it's a new sport I am trying to pick up. Hope it pays dividends and the progress is monitored by my dad. He is very keen to know about it. He also spoke to Sandeep personally to know about my progress. It's a good thing to see my dad so involved in my progress as far as this film is concerned. I hope I live up to his, Sandeep and Bikram's expectations and then let the audience decide," said the "Dear Zindagi" actor.

Angad will next be seen in the Salman Khan starrer "Tiger Zinda hai".