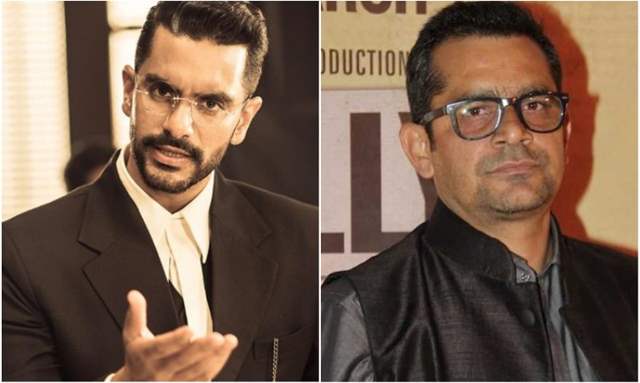 Angad Bedi’s The Zoya Factor, which stars Sonam Kapoor-Dulquer Salmaan releases today, and it’s going to be quite a hustle period for him thereafter as he many projects in his pipeline. Angad will be seen next in Gunjan Saxena: The Kargil Girl, which stars Janhvi Kapoor in the titular role. Besides, he has a web series titled The Verdict, which is helmed by Subhash Kapoor, who was accused of sexual harassment during the wave of Me Too movement.

Aamir Khan had earlier given his nod to work with Subhash for the movie Mogul, but post the allegations, the actor stepped back and withdrew his name from the project. However, in a recent development, the Dangal star made a shocking statement announcing his reunion with the director for the biographical film.

In a recent interview, Angad was asked about his opinion on the allegations against Subhash Kapoor. He said, "I don't even know the reality, right? Like, I go and work as a professional and come back home and that is where my job ends. Firstly, what anyone does in their personal life, I am no one to comment on that. Secondly, allegations can be levelled at anyone. What if tomorrow someone makes an allegation against me? What do I do? How do I? Is there a probe? Does it get proved? Is it true... there are many questions I have regarding #MeToo in my head."

He further added, "It is a great movement. It was a great voice to hear but it should have an end result. I think #MeToo did not have that end result. My point is tomorrow you can malign anyone's image, what will that man do? Whether he is right or wrong, the damage is already done. For a guy like Subhash Kapoor, I think Aamir Sir is working with him in Mogul. I think for me, he is my filmmaker. I was cast in the film because he thinks I am good, and I have done my work. It is unfortunate what he went through.

“I sympathize with him, really. I know him on a level where I worked with him and it was all fine. Agreed, a man to man relationship is different but there were women on sets as well and it seemed all well. I think the wave needs to have more gravity. You prove it, and then the person is guilty otherwise it can happen to any celebrated person."

The Pink actor also voices his viewpoint during such an instance. He says, "If someone has done anything wrong with you, you should file an FIR immediately. Why wait for 7-8 years to file an FIR. You strike when the iron is hot and when the person who has done the misdeed should be rightfully punished. It can't be just highlighted in the media and nothing done about it. "

Talking of Angad’s upcoming web series, 'The Verdict-State Vs Nanavati' is dedicated to late Ram Jethmalani, India's most famous defense lawyer. The series will get unveiled on Alt Balaji on September 30.