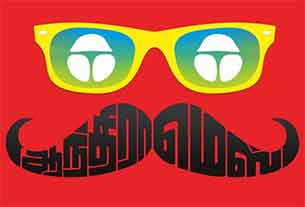 Debutant director Jai, who is busy wrapping up upcoming Tamil thriller "Andhra Mess", says that he used alternate cinema style filmmaking called "magical realism' to enhance the overall viewing experience of the film for the audience.

"This is an effort to take our cinema towards the next generation. We have tried to tell a story in a new style incorporating various aspects of alternative cinema with an aesthetic eye.

"It is a completely new style of narration called 'magical realism' signifying how a storyteller will tell his tale interestingly to his audience," Jai said in a statement.

"Major portions of the film have been shot except for a few scenes and a song, which we are planning to shoot near Pune towards the end of the month," he added.

Prashant Pillai, who has assisted the double Oscar-winning composer A.R. Rahman in numerous films, and is known for his bold and captivating scores from movies like "Shaitan", "David" in Hindi and "Amen" in Malayalam, is composing the music for "Andhra Mess".