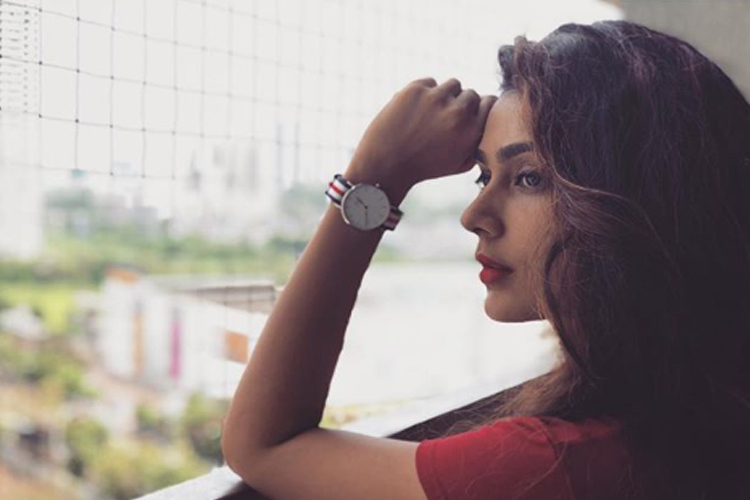 Actress Aakansha Singh is undoubtedly on a roll, where she has been a part of multiple films already after being a TV face for a long time.
After a supporting role in Badrinath Ki Dulhania, the actress went in to have her successful Tollywood debut with Malli Raava. And now, the actress has once again bagged a new film in the form of the Nagarjuna starrer, Devdas.
The film is a multi-starrer and Aakansha will have a comic role to play which she mentioned how she is attempting for the first time.
The film is directed by Sriram Aditya and produced by Ashwini Dutt.
Aakanksha is still best remembered for her show, Na Bole Tum Na Maine Kuch Kaha with Kunal Karan Kapoor.
We wish Aakansha all the best for yet another adventure!

2 years ago Congratulations, Aakanksha Singh. Wishing Kunal Karan Kapoor all the best to return to screen via a great show soon.

2 years ago Kunal Karan Kapoor is mentioned only but thanks anyway IF. Best wishes for Akanksha Singh. I wish Kunal also tries many places.

2 years ago Good luck to her.

2 years ago Very proud of you Aakanksha! Wish you all the best in your all of your endeavours coming up ahead. The news about the most versatile and expressive Kunal Karan Kapoor hitting the screens and you being paired with him will be an ideal treat for us since we are already aware of how capable both of you are! Wish to see you both to recreate that magic once again.

2 years ago I'm glad she got it. Now wish Kunal Karan Kapoor gets new show to act in it. Twice Zee TV betrayed our trust that they gave good chance to this volcano of talent. Both they badly disappointed us. No more zee tv shows I'll watch. This time was height of betrayal for us kunal fans. Why the hell they signed kunal if they had already made up their mind not to stick to 3 months promise. Wish Zee tv worst.

2 years ago Hope to hear a similar news about Kunal Karan Kapoor... Bagging a new show or a film... Desperately waiting...